HomeNewsLawrence trying to balance work and preparations for Olympics 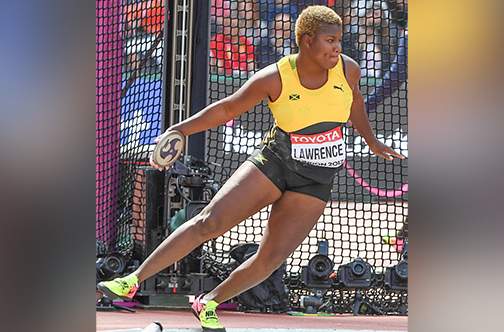 Jamaica’s discus thrower Shadae Lawrence has started preparing for next summer’s Olympic Games but is trying hard to balance training and regular day work, especially not being a sponsored athlete.

Lawrence, who graduated from Kansas State University after studying economics and is now working at a nursing home facility in Florida, had resumed training in October after seven months out.

“Due to the fact that I am not a sponsored athlete I have to work as well. I get more time with training but it would be even better if I could only focus on my athletic career,” Lawrence told the Jamaica Observer.

“Nevertheless I do have more time to focus on my craft than I would in college. I am overall excited to start my professional career,” she noted.

Lawrence, who represented Jamaica at the 2016 Olympic Games in Rio, finished 22nd overall in the discus, but fared much better at the last two World Championships, finishing 15th in 2017 and 19th in 2019.

Now under the guidance of Jamaica’s top throwing coach Julian Robinson, who guides the career of none other than World Championships silver medallist Fedrick Dacres, Lawrence stated that training has been going well under the circumstances.

“Training has been different since I’m no longer in the college setting. My current coach is Julian Robinson who resides in Jamaica. So our training style is distant, but he is very much involved every day,” Lawrence pointed out.

“We do video analysis and the necessary feedback is given on a daily basis. I am also blessed to occasionally work with the University of South Florida throws coach,” she explained.

Lawrence struck gold at the 2014 Central American and Caribbean Junior Championships with 46.25m. But at 24, Jamaica’s reigning two-time national champion has a personal best of 65.05m, which is also the Jamaican record. She is expected to make her mark internationally.

“Coach Julian and I have been working on the technical and strength aspect of my training. We have made great strides and I am excited for the future. I am just putting in the work and I am confident the rest will take care of itself,” said Lawrence.

“I am doing great. I am in very good health, both mentally and physically, despite the pandemic. I am very excited and nervous at the same time because it’s been over a year since I’ve competed,” she added.

“I am really enjoying the preparation process and is focused on building a solid foundation before competition season begins. Olympics is the end goal, so I’ll use the regular competition meets as preparation for the Olympics and keep working through the meets,” said Lawrence. 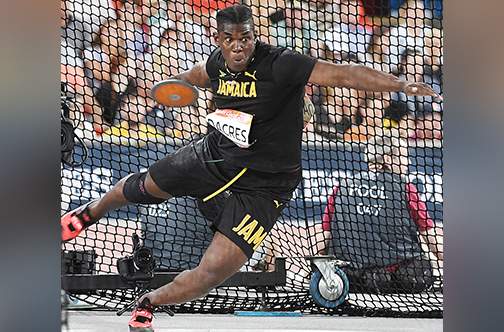