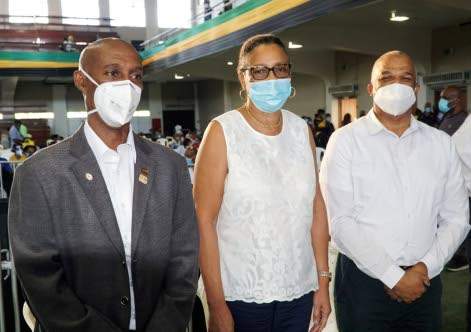 Congratulations are in order for the new president of the Jamaica Athletics Administrative Association (JAAA), Garth Gayle, after his comprehensive win at the polls over iconic Olympic champion Donald Quarrie at the annual general meeting (AGM) held at the National Arena on Saturday.

Gayle and his entire slate were elected and it goes without saying that there will be no honeymoon period and they will have to hit the ground running if the sport is to avoid further setbacks caused by the ongoing novel coronavirus pandemic.

The work starts now and one can only hope the new executive will apply the same energy they used in getting elected to move the association forward and into the modern times.

Make no mistake about it, despite track and field being our most successful sport, administratively, we are still in the dark ages and there remains a lot of work to be done to get us up to par with even smaller countries such as Trinidad and Tobago.

Outgoing President Dr Warren Blake has claimed that it was their management skills that saw our athletes dominate the sprints for more than a decade and see our throwers and jumpers starting to make a name for themselves.

I would agree with Coach Stephen Francis who has described the JAAA as being lucky and have been able to ride on the success created by Inter-secondary Schools Sports Association (ISSA) and the high schools, clubs such as MVP, Racers TC and Sprintec, as well as the US college systems, that have done more to develop athletes than the national federation.

Blake also laid claims to having more qualified coaches than most members of NACAC but gave no quantitative evidence to back up his claims, yet at the most recent Level One course held at GC Foster a few months ago, we saw a lot of ‘senior’ coaches getting their first formal certification.by TaboolaPromoted LinksYou May Like Many failed before. Will you complete the Trial?Hero Wars Canada is looking for new immigrants from Jamaica!Canadian Visa Expert Woman shot dead, partner injured in St AnnJamaica Observer He Was A Legendary Actor – Today He Works 9 To 5Daily Sport X Mom from recent UK flight skips quarantine, leaving child behindJamaica Observer

Saturday’s AGM was the only event organised by the JAAA since the CARIFTA Trials in early March, but Blake once again took credit for seven meets that were organised and funded by MVP, simply because as the national federation they had to work out protocols that had to be accepted by the Ministry of Health and Wellness.

Never mind that most of the protocols were already set out by World Athletes and all they had to do was adapt them to local conditions.

But for the sake of the continued development of the sport we have to wish the new executive all the best as with no fewer than half-dozen major global championships due over the next two or three years, they will have their hands full.

Gayle said after his election that he was open to working with Quarrie and would be willing to listen to suggestions, and I hope he sticks to his word as for far too long the JAAA has been seen as an old boys’ club and only a privileged few were allowed.

During the run-up to the elections, Dr Blake frequently quoted the late JAAA boss, Howard Aris, who had told a candidate who had not necessarily had the blessing of the ‘club members’ and subsequently lost his bid to be president, that he had wasted his time by trying to address the wider track and field community and should focus on those who were going to vote.

While I agree to some extent, I maintain that Aris was wrong and Dr Blake was also wrong to be holding on to those sentiments that sent the message that they were not answerable to anyone but the relatively few who were casting votes.

The executive of the JAAA, like those of the Jamaica Football Federation, the Jamaica Olympic Association and all other national sporting associations, must understand that their positions don’t give then any divine rights, but merely there are only there to safeguard them for the entire country and the Diaspora, for it is not an old boys’ club and that kind of thinking has no place in these times.

It is possible that the ‘old boys’ club attitude’ could be the reason the most successful sport has not been able to attract the level of corporate sponsorship that one would think it would, especially at the local level.

The JAAA managed to get away with avoiding the incorporation of technology for Saturday’s election and despite Dr Blake’s insistence that it must not be trusted, they cannot be allowed to go on with this backward kind of thinking.

Gayle is a member of World Athletics’ Technical Committee and I am willing to bet that he has used similar technology to carry out his responsibilities since the lockdown.

The pandemic has seen global business giants and sporting bodies become even more dependent on the use of technology that has improved in leaps and bounds, and if it is good enough for the new JAAA president to use for other business, it must be good enough for the federation. 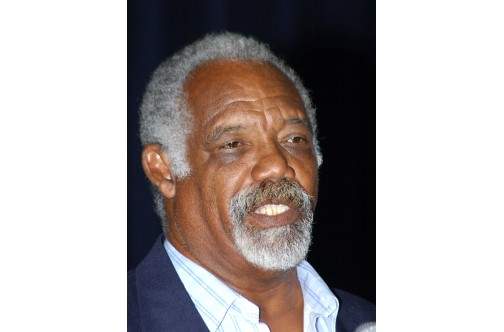 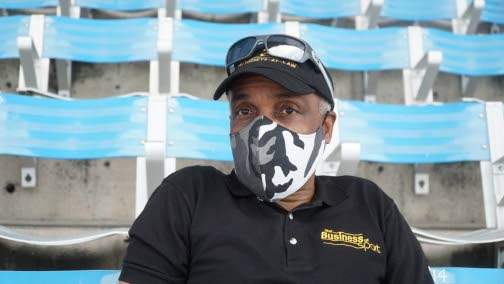 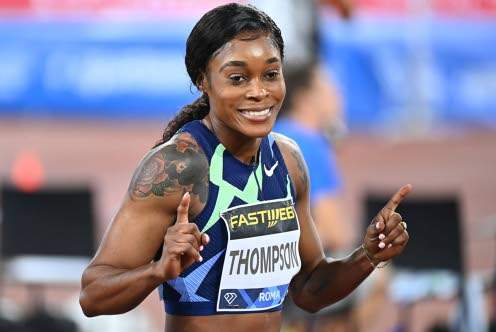 Defending her double sprint titles at next