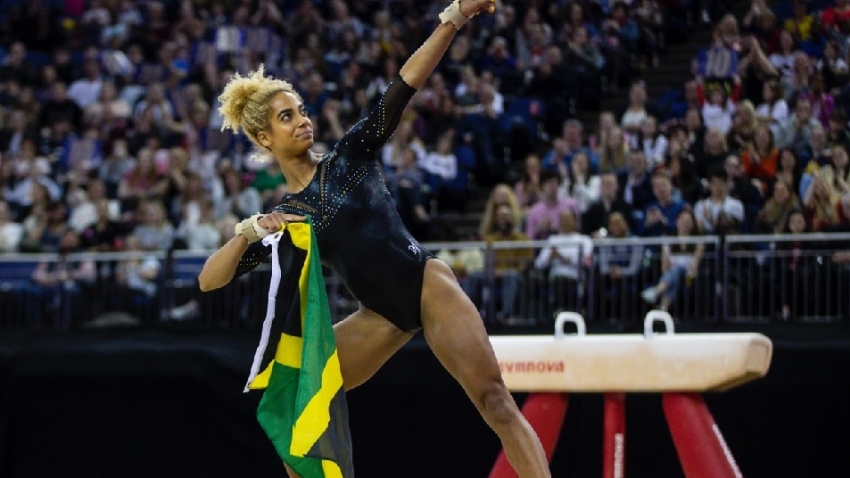 Jamaica’s Olympic gymnast Danusia Francis has announced her retirement from international competition while expressing gratitude for the love and support she received while representing the country.

Francis, 28, represented Jamaica at the Tokyo Olympics. She was due to compete in the women’s individual all-around event but two days prior to the competition, she discovered she had torn her anterior cruciate ligament.

She subsequently withdrew from the balance beam, the vault and the floor exercise but chose to continue to compete in the uneven bars with her knee bandaged, scoring the lowest of any competitor as the judges deducted 6.5 points for various infractions and gave her only a 0.5 difficulty score. However, her 9.033 execution score was the highest for any athlete on uneven bars.

Less than a year later, she decided that it was time to call it a day from the sport she loves.

“I am announcing my official retirement from gymnastics. I am so grateful and thankful for all the opportunities, I’ve had in this sport, to be a Jamaican Olympian is an absolute dream come true. I want to give a massive thank you to Jamaica Gymnastics and the JOA (Jamaica Olympic Association) for believing in me, funding me and for the opportunity to represent on the biggest stage,” she said in a statement Sunday.

“I will treasure the memories forever.”

Notwithstanding her retirement, Francis, who also represented UCLA in NCAA gymnastics, said she plans to remain involved with the sport in her adopted country.

“I would love to always be a part of the sport in Jamaica, help it improve and grow,” she said. “Anytime I am in Jamaica, I am definitely coming to the gym, do some coaching and I will always be on the other side of the phone for advice, for whatever it might be and however I can help.

“So, thanks again to everybody and thanks again to the amazing Jamaican fans. You have supported me and shown me so much love and embraced me and for that, I thank you all from the bottom of my heart.”

Francis said she plans to continue in the sport as a host and presenter.

President of the JGA Nicole Grant said Francis has done much for Jamaican gymnastics in a very short time.

It is truly an honour to have had Danusia Francis as part of the Jamaica gymnastics team. She has helped to grow the sport in so many ways. Competing for Jamaica at so many important gymnastics meets, putting us out there and showing the world that Jamaica does have the ability to be great in the sport,” Grant said.

“Being the first female gymnast to qualify Jamaica for the Olympic test event in 2016 opened doors for us and she played her part in enabling our berth to the 2016 Olympics. She showed so much determination to keep going for Jamaica, especially after her disappointment with not being chosen for the Olympic test event in 2016 and the 2018 Commonwealth Games, her drive demonstrated her full commitment to Jamaica as she had choices. Her love for Jamaica shone brightly and that love was returned 100 times more.

“Her retirement from competitions, for us only means that she will have more time to help develop the sport locally through coaching and consultation. We wish her good luck and God’s richest blessings on her future journey.” 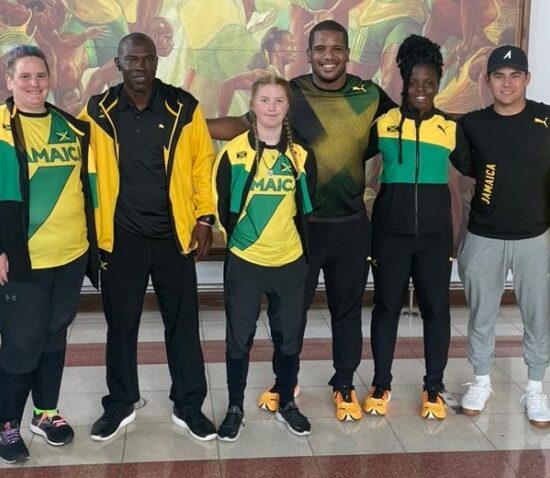 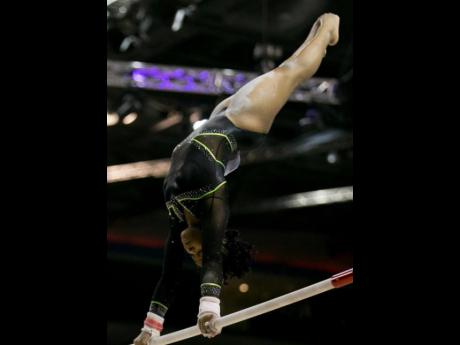