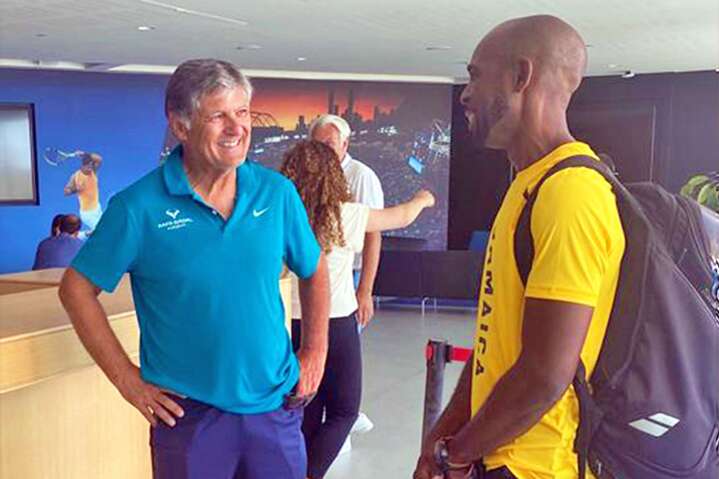 The Jamaican was nominated to participate in the annual international coaching programme by regional ITF Tennis Development Officer John Goede from Suriname, who had endorsed him in November 2018. The programme was funded by the Olympic Solidarity Fund in collaboration with the Jamaica Olympic Association.

“Joel has always been the ultimate professional and a model representative for Tennis Jamaica. It came as no surprise, therefore, that he not only passed the course but excelled throughout. I have no doubt that he will utilise the knowledge and expertise he has gained to benefit his students and to help us grow the wonderful sport of tennis throughout our island,” Azar said.

Jones, who is fluent in Spanish, was able to break language barriers and establish potential long-term relationships with top-level players and coaches in Spain and other countries in Europe. He has extended an invitation to some of the players, including Baghdatis, to participate in a ‘Tour of the Caribbean Series’ next year, and they have welcomed the proposal with enthusiasm.

On returning to Jamaica, Jones commenced his tennis development programme with a daily tennis clinic for juniors at his tennis facility, ACE Tennis Academy in Liguanea, Kingston. He said the experience has broadened his horizons and inspired him to increase his contribution to the improvement of Jamaican tennis and, by extension, the region’s tennis player development programmes.

Jones is a member of the board of directors of Tennis Jamaica. He is looking forward to sharing the knowledge and experience gained from the training programme with fellow local coaches to benefit the junior tennis development programmes run by the national tennis federation.

Junior karate team to compete at Pan Am Champs