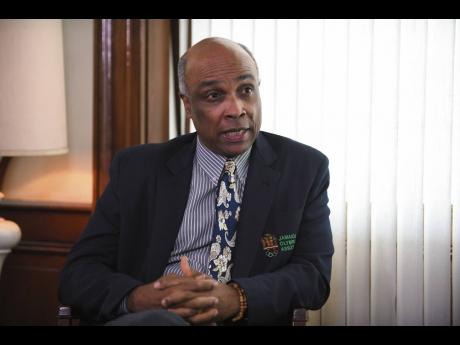 President Christopher Samuda said that the Jamaica Olympic Association (JOA) would comply with a request for athletes to be vaccinated for the coronavirus should the authorities deem it a requirement for participation for the Tokyo Olympics this summer.

His comments come as Japanese Prime Minister Yoshihide Suga enacted a state of emergency for Tokyo and its surrounding areas until February, in response to the rising cases and fatalities in the country. Japan enacted a similar lockdown for a month last April. The death toll has reportedly doubled in the last two months to 3,700, with Tokyo’s governor warning that their medical system is under strain. International Olympic Committee (IOC) President Thomas Bach said recently that vaccines would not be a requirement to compete.

However, Samuda said that if the authorities made the decision that it would be compulsory to vaccinate participating athletes to compete, the JOA would enact the policy.

“If the Japanese authorities, as time goes by, indicate that it is mandatory, then it is something that we have to take into account,” Samuda told The Gleaner. “[If] in order to ensure public safety and health, they are going to require a mandate that athletes be vaccinated, then we are going to have to comply. There are a lot of variables that will have to apply, but we have to wait and see to determine the position of the authorities in Japan.”

The Centers for Disease Control and Prevention say that vaccines developed by Pfizer-BioNtech and Moderna are the only two that have been approved to prevent the spread of COVID-19.

The pandemic caused the postponement of the Tokyo Games from last summer to this July, with IOC and the local organising committee saying that the Games would not be pushed back a second time.

Samuda said that while the situation in Tokyo is concerning, he hopes that the local authorities will be able to manage it in the time allotted, to guarantee an environment suitable for the Games.

“It would be a concern to all stakeholders,” he said. “Clearly, there is a risk once there is an increase in the pandemic, but I understand that the Japanese authorities are doing their utmost to contain it. But it will be, of course, an ongoing concern for the IOC and certainly a concern of the JOA.

“But we are hoping that as time goes by, the medical personnel and the Japanese authorities will be able to get matters under control so that it will provide a safe and secure environment for the Olympic Games in the summer.”