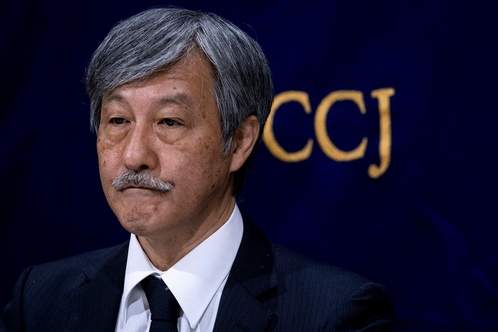 With just under two months now remaining before the scheduled start of the Tokyo Olympics, uncertainty caused by the novel coronavirus pandemic shows no sign of abating.

Confusing mixed signals remain the order of the day, even as athletes make the final bend in their preparations for an event which, for many, will be the high point of their careers.

Earlier this week word came that the United States Centers for Disease Control and Prevention (CDC) warned Americans to “avoid all travel” to Japan. The CDC said that, in the current situation of a sharp increase in COVID-19 cases in the north Asian country, “even fully vaccinated people may be at risk for getting and spreading” COVID variants.

Yesterday came news that chairman of a Japanese doctors’ union, Dr Naoto Weyama, had warned that the International Olympic Committee and the Japanese Government had underestimated the risks of bringing thousands of people, including athletes, officials, and media practitioners from more than 200 countries. There could be dangerous consequences, including spread of COVID-19 variants, he warned.

How biosecure arrangements will be successfully implemented with so many people involved is an ongoing question.

Japan, one of the world’s richest, most industrialised countries with a population of 126 million, and it is struggling to cope with a new surge of COVID-19 cases. There have been over 700,000 recorded cases and 12,000 deaths there since the pandemic took hold early last year.

Curiously, though renowned for its proactive, organised approach as a nation, Japan is lagging way behind other developed countries in its anti-COVID-19 vaccination programme.

A major complication is that polls have shown the majority of the Japanese people want the Games cancelled or postponed. Readers will recall that the upcoming Olympics are actually the 2020 version — already postponed from last year. Organisers have made clear there is no chance of a further postponement. If it can’t be held now, it won’t happen.

Those hoping for the Olympics to take place are encouraged by the response of the United States Olympic Committee to the CDC travel warning, to the effect that there is confidence in the measures being implemented by Olympic organisers and hosts.

From a Jamaican perspective there is apparently full confidence in Japan’s capacity to host a safe Olympic Games. Jamaica Olympic Association President Mr Christopher Samuda is being reported as saying preparations for Jamaica to send a team to Tokyo remain on course.

Through it all, leading Jamaican athletes and countless others from across the world — badly hampered by delays in their preparation due to COVID-19 — have shown admirable fortitude.

Early this week, several Jamaicans who are aiming for the Olympics and striving to earn at the same time, faced cold, windy, wet conditions at the Diamond League athletics meet at Gateshead in England. They included triple jumper Ms Shanieka Ricketts, who won her event, and Olympic and World Championship Gold medallist Mrs Shelly-Ann Fraser-Pryce, who placed fourth in her pet 100-metre event.

“It was brutal,” said Ms Ricketts of the conditions. “I am just so happy I didn’t end up injured.”