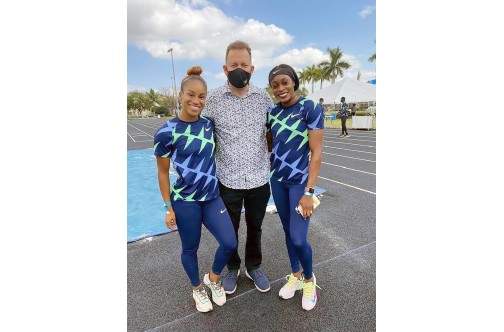 Jamaican sprinters Elaine Thompson-Herah and Briana Williams could give a preview of what is to come later this month at the Jamaica Athletics Administrative Association (JAAA) National Trials when they meet over the 100m and 200m events at Saturday’s North American, Central American and Caribbean Athletics Association (NACAC) New Life Invitational, a World Athletics Continental Tour-Silver at Ansin Sports Complex in Miramar, Florida.

Thompson-Herah and Williams are among nearly 50 Jamaican athletes who are expected to be among 200 athletes from 27 countries taking part in the one-day meet that for some will be their final preparation meet before the national trials set for June 24-27.

Both Thompson-Herah, the defending double Olympic champion, and Williams, the reigning World Athletics Under 20 sprint double defending champion, have been in good form this year and will be seeking to be part of the Jamaican team to the Olympic Games in Tokyo, Japan, starting next month.

The 19-year-old Williams is in a rich vein of form, running a string of fast times in Florida in the last eight days, topped by a personal best and National Junior Record 10.98 seconds set while winning a 100m final in Jacksonville on Monday.

Thompson-Herah has run the 100m only three times so far this season, the last time just about a month ago when she clocked a season’s best 10.78 seconds in Clermont, central Florida.

Natasha Morrison, the fourth-ranked runner in the women’s 100m, with a personal best 10.87 seconds done in late April, will add to the quality of the women’s 100m that is also expected to see World Championships relay gold medallist Jonielle Smith, Ashanti Moore and Shockoria Wallace, as well as American Tianna Bartoletta and Bahamian Tynia Gaither.

Neither has competed much over the 200m and is yet to record a wind-legal time in the half lap event and will have competition from Natalliah White and Moore, as well as Americans Britanny Brown and Gabby Farquharson.

Nigel Ellis and Yohan Blake, the two fastest Jamaicans in the men’s 100m so far this season, are down to compete along with Tyquendo Tracey, Ryiem Forde, Kevaughn Rattray and Jelani Walker.

American world leader Trayvon Bromell, his compatriot Marvin Bracey and Jason Rogers of St Kitts will also line up in the event.

Rasheed Dwyer will lead the Jamaican men in the 200m where he will have competition from fellow Jamaicans Andre Ewers, Oraine Palmer and Jelani Walker, along with Kyle Greaux of Trinidad and Tobago, Kendall Williams of the United States and Delano Williams of Great Britain.

Ronda White and Shiann Salmon, who are both coming off strong performances in the women’s 400m in Jacksonville on Monday, will hope to continue their good form but will face the undefeated world leader Shamier Little and world record holder and Olympic champion Dalilah Muhammad, while World Championships bronze medallist Rushelle Clayton will race internationally for the first time this season.

Muhammad ran her first 400m hurdles race since winning at the 2019 World Championships in Doha, Qatar, on Monday and should improve on the 55.01 seconds she ran to finish behind White in the overall standings.

White had run a season’s best 54.33 seconds in Jacksonville, second best in the world behind Little who won with a world-leading 53.12 seconds, while Shiann Salmon ran a lifetime best 54.97 seconds.

After a series of outstanding performances in the JAAA series, new sprint hurdles sensation Rasheed Broadbell will take his talent to south Florida where he will face Jamaicans Ronald Levy and Andrew Riley as well as Americans Jarrett Eaton and Dashaun Jackson along with Eddie Lovette of the US Virgin Islands.

Former World Championships gold medallist Danielle Williams will hope to improve on her season’s best 12.65 seconds in the 100m hurdles and will face off against Nigerian Tobi Amusan and American Christina Clemons.

The Jamaican quartet of Commonwealth Games champion Fedrick Dacres, Traves Smikle, Kai Chang and Chad Wright will be competing in the men’s discus throw where Samoa’s Alex Rose is expected to be the main threat.

Akeem Bloomfield will return to competition after the death of his mother and an injury and will contest the men’s 400m where Nathon Allen and Rusheen McDonald will also fly the Jamaican flag.

Jamal Walton of the Cayman Islands, Deon Lendore of Trinidad and Tobago and Americans Lashawn Merritt and Quintaveon Poole are expected to compete for the top spots.

Chanice Porter and Sabina Allen are down to take part in the women’s long jump, while Allen is also down for the triple jump. 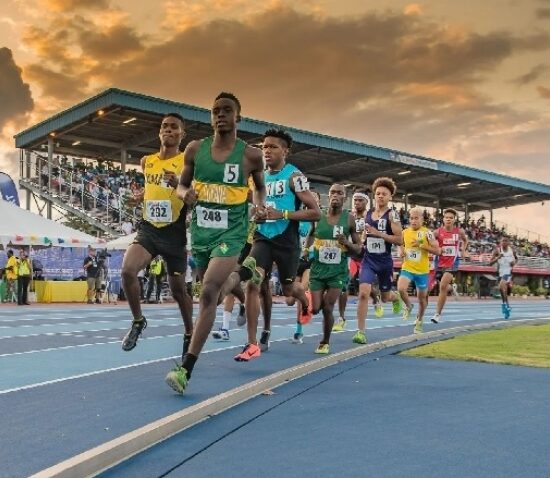 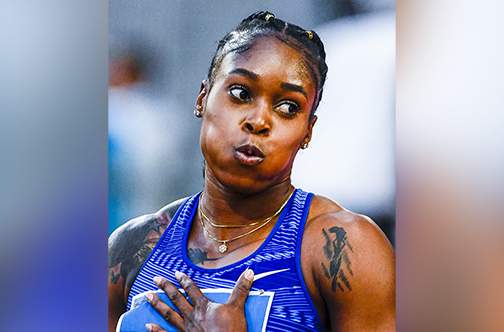