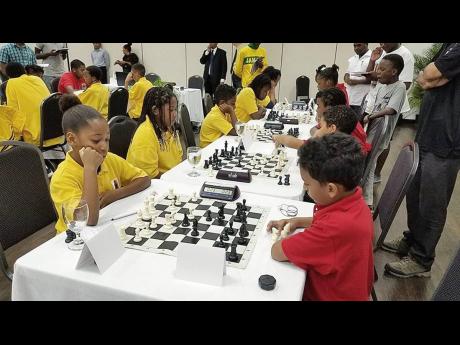 Chess will make its debut as a Central American and Caribbean (CAC) Games event at the San Salvador Games in 2023.

Jamaica Olympic Association (JOA) President Christopher Samuda is pleased with the announcement and says the berth is “a window opened wide for local talent to become checkmate practitioners and quintessential regional grandmasters”.

The JOA is pleased with what it considers chess’ tremendous growth, competitively and recreationally, within the last decade, with what it sees as significant successes on the regional and international stages.

JOA Secretary General and Chief Executive Officer Ryan Foster, also a member of the Technical Commission of Centro Caribe Sports which oversees the more than 30 sports of the CAC Games, said, “the JOA is a strong advocate of chess for we have seen its value of mental discipline and strategic thinking that have become the DNA of Jamaica’s success, particularly among our youth.

“We, the JOA, take seriously our responsibility to provide as many platforms as we can for various sports to rise and become flagships in the local Olympic convoy.” With the 2024 Olympic Games approaching, Foster said that “the JOA is committed to making home runs in Paris, and our member associations have bought into our mission and are padding up”.

The campaign to have chess admitted to the Olympic Games by the International Olympic Committee continues in earnest in many global sport quarters, and Samuda is once again lending Jamaica’s support.

“Chess has now made it to the regional multi-sport stage,” he said. “We must now advance it to the Olympic stage, more of a right rather than a privilege, for its credentials are compelling.”

The Jamaica Chess Federation was admitted by the Jamaica Olympic Association (JOA) as a member in 2017, upon the Samuda-led administration assuming office that year.