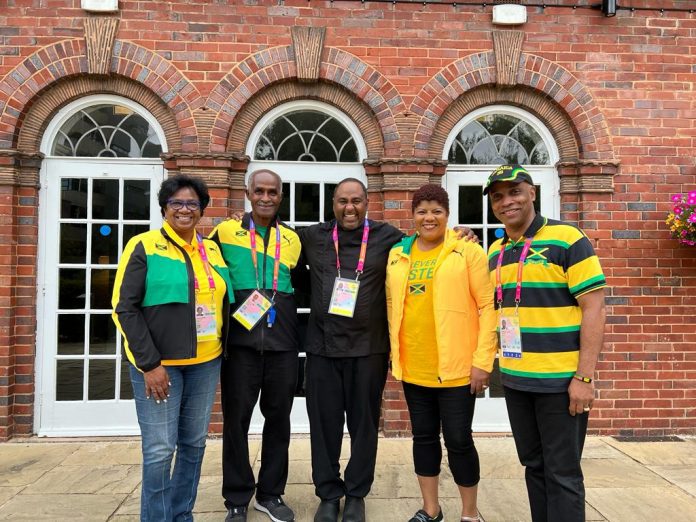 The Jamaica Olympic Association (JOA) inaugurated its Commonwealth Manor in 2018 at the Gold Coast Commonwealth Games in Australia which saw the business of sport merging with delectable local cuisine and the sounds of reggae pulsating amidst the music of the world.

Four years later there will be a repeat but this time it will be at the pristine Edgbaston Hotel and Conference Centre, in the city of Birmingham, arguably the epicentre of the Jamaican diaspora in the United Kingdom.

JOA President Christopher Samuda in giving a perspective of the concept and objective behind Commonwealth Manor, said, “it emerged from a need to profile talent in a business and social context with a view to creating financial opportunities for talent and it is JOA’s response to the imperative call to monetize and commercialize brand Jamaica beyond a ‘feel good’ emotion”.

The marriage of business and pleasure was evident in the Gold Coast’s edition and will also be present in Birmingham.

“Brand Jamaica is primarily a cultural portrait of our people in various spheres of human endeavour and, for us at the JOA, it gains its expression in sport in admirable and iconic performances, inspiring personalities and character,” Samuda said.

The pandemic made the first edition of JOA’s Olympic Manor a “no show” in 2021 in Tokyo. With Paris in sight, the JOA is already conceptualizing a successful execution. “Paris is calling and those who will gather in 2024 at Olympic Manor will be ‘Jamaicanised’ thoroughly as sport will strategically open wide, the doors of Jamrock to a continent and beyond,” Samuda ended.