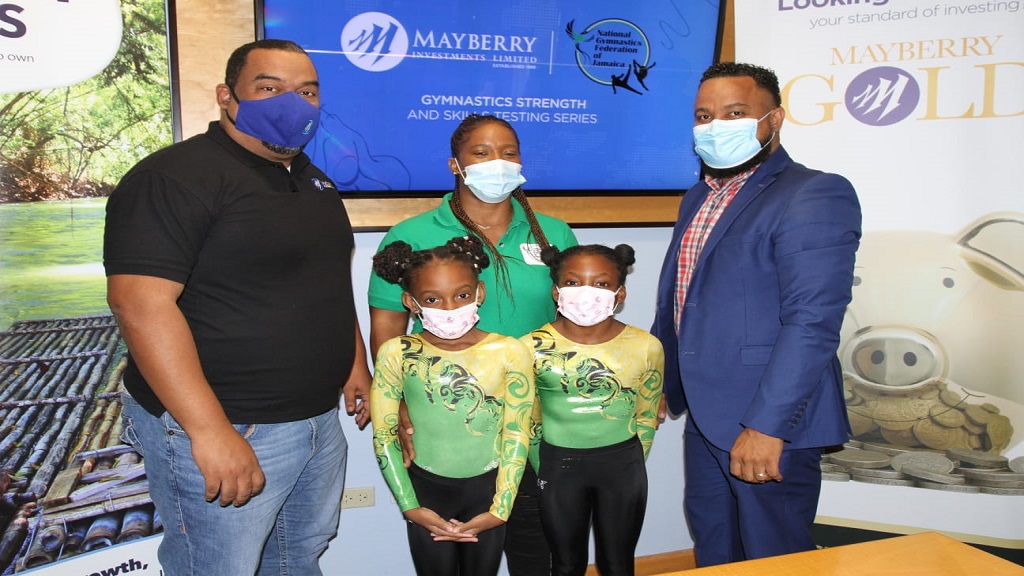 There is much hope and excitement that the development of Jamaica’s junior gymnastics will spring to another development, with the inaugural Mayberry Gymnastics Strength and Skill Testing Series.

More than 100 youngsters, aged five years and older, are participating in the first event in the series, which is scheduled to begin today at 5:00 pm and run through to Sunday at the National Gymnastics Training Centre, at 1 Slipe Road in Kingston.

The series will take place in quarterly installments for the next four years, courtesy of a joint effort by Mayberry Investments, which has invested $1 million, the Jamaica Olympic Association (JOA), and the National Gymnastics Federation of Jamaica.

“This event is the first in a series to aid in the national junior development process and will continuously test the readiness of our athletes, as part of a four-year cycle, for the Olympic programme. In other words, this series is critical to the success and growth of our budding gymnasts,” remarked Gary Peart, chief executive officer, Mayberry Investments.

As a main feature, all participants in the training event will be awarded a medal.

Ryan Foster, secretary-general/chief executive officer of the JOA, expressed that “the JOA is pleased to have brokered this deal under our JOA/Mayberry partnership that was established in 2019. The sport of gymnastics will be one of the sport that will be representing Jamaica at this summer’s Olympics and we are pleased with the trendsetting work done by president Nicole Grant-Brown and her team.

“The synergies between Mayberry and the Jamaica Gymnastics Federation was seamless and one built on developing the next generation of athletes. The JOA is extremely proud of one of our key partners, Mayberry, who has truly bought into our vision of building now for the future.”

There will be five sessions, which include the first that ended at 7:00 pm on Friday, followed by a 30-minute awards ceremony.

Grant-Brown praised the effort of their partners and noted the impact of their support.  “Mayberry Investments is shining a light on us that is certainly helping us to have hope. Jamaica Gymnastics is in its growth stage and like any child, we need help to grow and with a good support system, we can grow big and strong. We are happy and elated that the vision of the Jamaica Olympic Association is wide enough to recognise that gymnastics, which is seen in Jamaica as a minor sport, requires partnerships of this nature to make it major and will one day be placed in its rightful position as one of Jamaica’s most consistent Olympic sport and most participated by our youth in this country.”

Ten-year-old gymnast, Rihanna Williams, endorsed the series, saying: “We are the future of gymnastics. We train five to six hours, five days per week and it’s very hard. We do this because we love gymnastics and at the end of the day, we want to make Jamaica proud.”

In bid to secure Olympic qualification, Jamaica's sprint relay team to compete in Houston, May 25