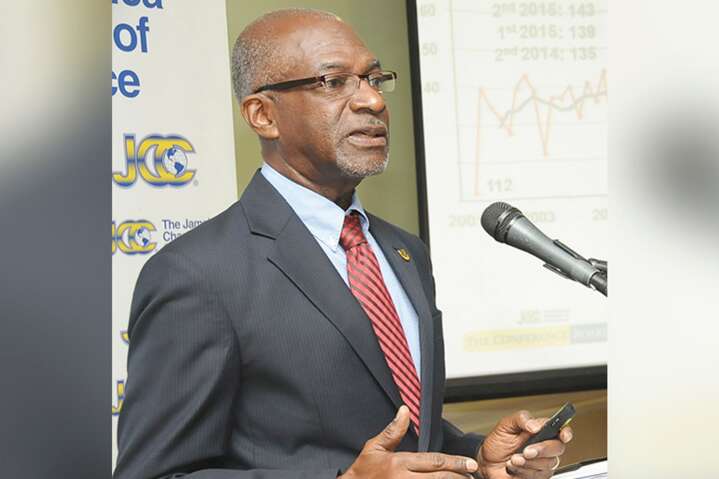 One of the federation’s main objectives for the development of its national programme was the construction of a national rink, as this was required for eligibility to compete in ice hockey at the Winter Olympic Games. But those goals were not without challenges — both financial and natural. Anderson says the federation estimated construction to cost about US$10 million ($1.5 billion). As Jamaica is a tropical island, a rink would also require a controlled indoor climate, which means a high maintenance cost not limited to electricity bills.

Rink operators in the United States can spend close to US$40,000 ($6 million) in monthly maintenance costs at venues below the regulation size. This is because a rink requires dehumidifiers for climate control as well as refrigeration pipes. A vehicle known as an ice resurfacer, which can use either a motor or be operated by hand, is also needed to clean and smooth the sheet ice on the surface. After this process is completed the surface is usually sprayed with water to fill in patches or rough areas of the ice. A fee for the manual labour required must also be considered.

Anderson says the federation had considered various options to offset these associated costs before it realised that more planning needs to be done.

“We were thinking about G C Foster [College of Physical Education and Sport, in Spanish Town], for example, where we would have students and people would be able to come and play ice hockey,” Anderson told the Jamaica Observer. “Those are things we thought about as ways of defraying the cost of maintaining it. It’s still in the making but we’ve just had to be realistic and say ‘Let’s look at the local programme which the international federation wants us to do.’

He says the federation already contacted a rink manufacturer a few years ago and considered a partnership with a hotel.

“They wanted to put up an ice rink in conjunction with the construction of a hotel on the north coast,” Anderson said. “Part of that was to build an ice rink which would serve two purposes — to provide a base for us to play our ice hockey but also to attract people, who come down for holidays, with a facility to play ice hockey. It’s not far-fetched.

“We haven’t moved very far with the plans for the hotel and therefore that has taken away a little bit of the basis on which we can move forward, but it’s something that we’re thinking about.”

ANDERSON…to deny them the opportunity to play for Jamaica because we don’t have an ice rink is not consistent with the Olympic ideals of inclusiveness and universality (Photo: Observer File)

But Anderson says there are other cost-effective ways to construct a rink, especially if one is made which is not necessarily at international standard but still allows for games and training.

Anderson says Jamaica and other similar nations with ambitions to play ice hockey are put at a disadvantage by the International Ice Hockey Federation (IIHF) because of what he describes as an exclusionary arrangement. He says he has had discussions about this with the Jamaica Olympic Association (JOA), which shares the federation’s sentiments.

“The JOA is strongly in support of this argument that for you to have a country like Jamaica and insist that we must have a rink to play ice hockey tournaments is a bit of an exclusionary kind of arrangement,” he said. “We are hoping that with all the other things that we are doing we can lean on the international federation to get them to understand that to grow the sport, they have to open it up to all interested countries. They can still have their rules and regulations but open it up to countries like Jamaica who have the potential to play decent ice hockey but cannot now construct a rink.”

Another requirement set out by the IIHF is that national associations establish a youth programme. There are now 80 registered players of Jamaican descent who are eligible for national selection — some of whom, Anderson says, are close to the level required to play in the National Hockey League in the United States.

“We are presenting this to the international federation that we have players,” he said. “They may not make the Canadian or United States team tomorrow but to deny them the opportunity to play for Jamaica because we don’t have an ice rink is not consistent with the Olympic ideals of inclusiveness and universality. We’re hoping that we can make a case, not only in just writing to them but by demonstrating that we have a youth programme that’s worth it by demonstrating that we have an organisation that is well structured and participated in.”

The JOA announced on Monday that International Olympic Committee President Thomas Bach will visit the island in March. Anderson is hoping his close friendship with JOA President Christopher Samuda will allow for a meeting with Bach, especially as Samuda said stakeholders from various associations under the Olympic banner will be invited to official JOA-planned seminars. 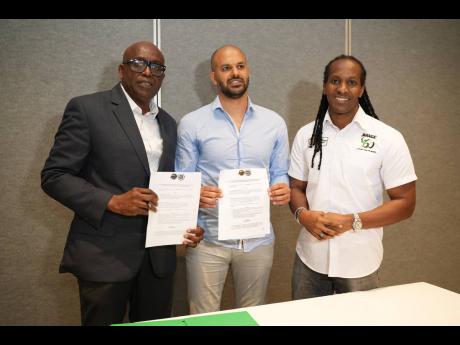