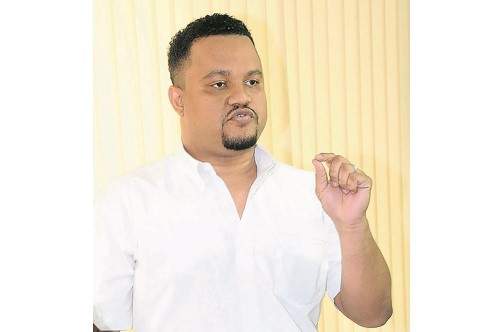 With a focus on growing the ability to support its membership association of sporting bodies, the Jamaica Olympic Association (JOA) invested $325 million over the quadrennial periods of 2017 to 2020.

This was highlighted at the recent JOA’s 2020 annual general meeting where General Secretary Ryan Foster underscored the main financial highlights while making a comparison between the 2019 and 2016 audits, which showed a formidable improvement using all key performance indicators. In addition, the JOA embarked on a $40-million ‘Olympic Invest’ initiative, which was designed to facilitate the bid of members for Olympic representation plus secure an Olympic berth for non-traditional sports.

President of the JOA Christopher Samuda framed the success of the national association as a direct result of a new and dynamic corporate governance structure; prudent, experienced and innovative management; a culture of fiscal and budgetary discipline; a responsiveness to members’ stocks and the creation of a strong JOA brand, which is being monetised. This monetisation became evident through its recent partnerships with Mayberry Investments Limited and Starlight Productions Limited and successful leveraging of its brand appeal and reputation.

Despite facing the risks from the COVID-19 pandemic, the JOA’s investments grew by 39 per cent when compared with 2016 which was part of the body’s focus on long-term viability, sustainability and strong solvency. This translated to a 12 per cent increase in the JOA’s general fund which afforded it the ability to secure a 32-seater Toyota coaster bus and SUV to benefit the members’ team sports which lacked certain assets. Receivables also declined by 62 per cent due to a strategic initiative to reconcile and collect aged receivables which extended as far as 2012.

Although the 2020 Olympics still remains in doubt, Foster believes the success the JOA achieved over the period and disciplined focus will continue to derive great gains for the body and its members.

“The JOA is now a vibrant going concern with a very humanised and member-centric culture,” said Foster. “We have a bullish investment strategy in financial instruments and markets which, together with our asset and resource management, yield good returns that we plough back into our member associations.”

Although challenged by COVID-19, the JOA financed and introduced ‘Stamina’, an educational, health and wellness series; an internship programme; a JOA scholarship programme; and corporate member services in the areas of website creation and design, accounting, budget and strategic planning, legal and constitutional advice, marketing and branding and social media, while pursuing an elite coaching programme; and expanded the Advanced Sports Management courses.

The establishment of enabling domestic and international partnerships with commercial entities, education and professional bodies and sporting organisations, coupled with organisational capacity, efficiency and capital, place the JOA firmly among benchmark sporting organisations, further entrenching its status as a valid financial institution in the business of sport.

What Sports Medicine Has Done for Healthcare During Pandemic