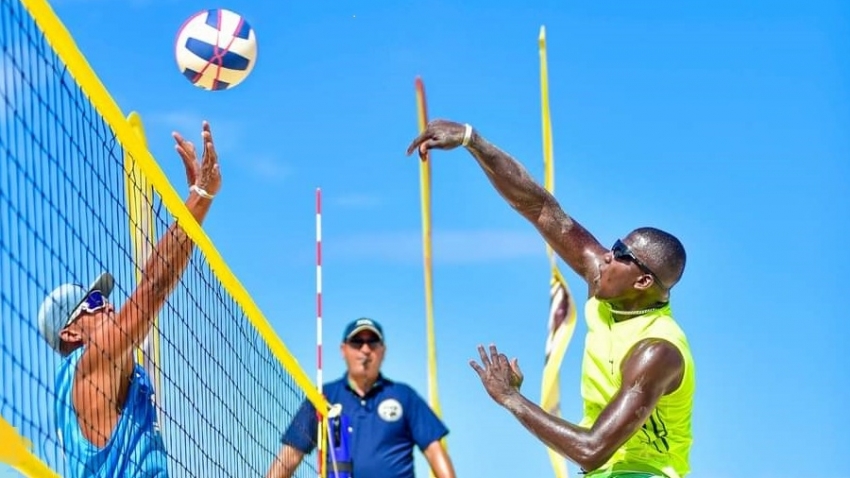 Jamaica’s beach volleyball teams are set to participate in the 2022 North, Central America and Caribbean Confederation (NORCECA) Beach Volleyball Tour this year thanks to the timely intervention of the Jamaica Olympic Association that has provided the necessary funding to the Jamaica Volleyball Association (JaVA).

The 2024 Olympic cycle began in 2020, and without being able to compete for the last two years, Jamaica’s teams are forced to play catch up as other countries in the region were able to continue to train, compete and improve their rankings.

The lack of funding has also presented challenges as the JaVA was only able to send their Men’s team to the tour that is currently being held in Varadero, Cuba, and only the Women will be able to compete in the tour to be held in La Paz, Mexico from May 13-16, 2022.

However, thanks to the JOA, the JaVA will now be able to compete in the 2022 NORCECA Beach Volleyball Tours, which is used to earn points and improve rankings in order to qualify for the Commonwealth Games, Pan American Games and the Olympics.

With the support of the JOA, Jamaica will be sending both Men and Women’s Beach Volleyball Teams on the following tours:

Audley Weir, General Secretary of JaVA, in thanking the JOA said “due to the financial support from the JOA, Jamaica is poised to qualify for major tournaments, as the lack of funding and not being able to participate in competitions in the past, has seen our teams narrowly missing out on qualifying for both the Olympic and Commonwealth Games,” he said.

Tricia Robinson delighted with return of netball after 2-year break