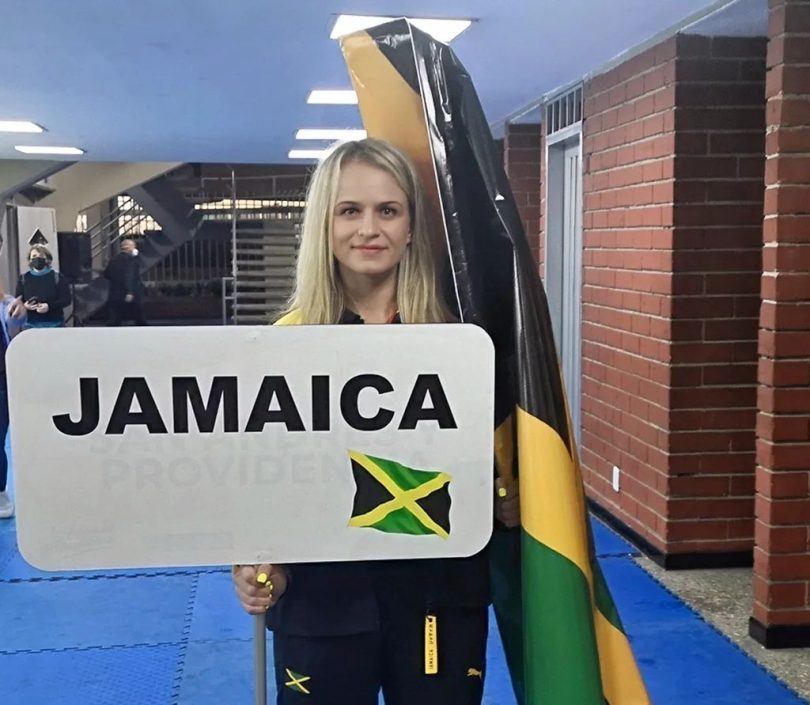 Valentyna Zolotarova, who was born in Ukraine, won Jamaica’s first women’s medal in karate. Zolotarova took the bronze medal in the women’s Under 55-kilogram category at the Commonwealth Karate Championships, which were held in Birmingham, England, on September 7-8, 2022. This was the first time in history that an athlete representing Jamaica medaled at the tournament.

Although she was happy to win the bronze medal, Zolotarova had hoped to win gold for Jamaica. Commenting on the win after her performance, she said that Jamaica deserved more and that she will not stop working until Jamaica has the reputation it deserves on the international karate scene.

Zolotarova was the only competitor from Jamaica at the Championships, but she said she received great support from other Caribbean teams. The Barbados coach, Cameron King, helped to coach her and made a big difference in her performance, she added. She also thanked the Jamaican Olympic Association and her sponsor Graham Baldwin for supporting her participation at the Commonwealth Championships.

Tony Robinson, the president of the Jamaica Karate Federation (JKF), said Zolotarova’s performance represented a “proud moment” for Jamaica and that the athlete deserves all her success because she works very hard. Robinson hopes Zolotarova’s achievement will motivate other Jamaican karate athletes to pursue wins in other international competitions.

Zolotarova formerly competed for Canada’s national karate team and believes there is great talent among Jamaicans for the sport. She is “on a mission” to develop the sport in Jamaica and wants junior athletes to have more exposure through international competitions and training camps. More participation in karate could also help Jamaicans meet the daily challenges of life, she said. The sport builds character, she added, and pointed to examples from her own life in which she obtained many opportunities through her participation in karate.

Zolotarova completed a post-graduate degree in international sports management on a scholarship from the Commonwealth Games Federation at the University of London. She is also pursuing an advanced coaching certification via a partnership between the Jamaican Olympic Association and the US Sport Academy.