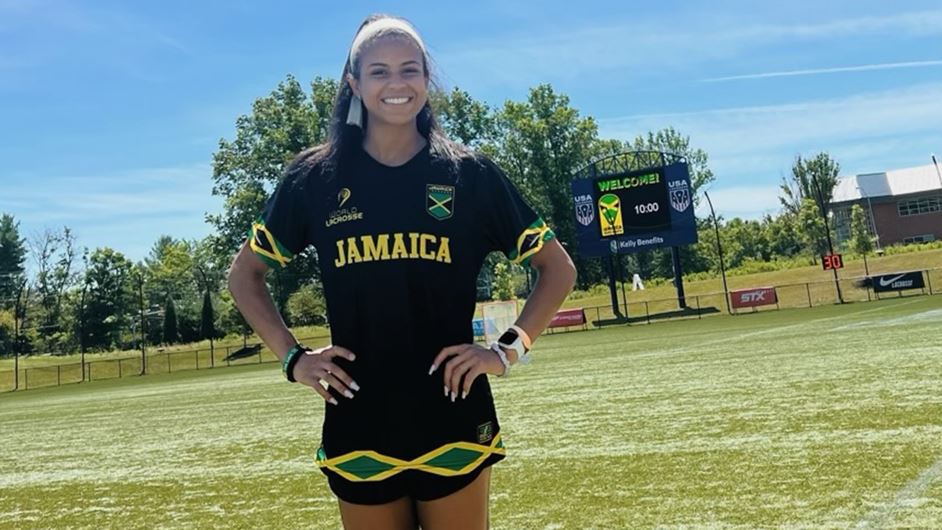 ANNAPOLIS, Md. – Recent women’s lacrosse graduate Alexis Bell (’22) will compete for Team Jamaica in the 2022 World Lacrosse Women’s World Championship, which will be held Wednesday, June 29 through Saturday, July 9, 2022 at Johnny Unitas Stadium on the campus of Towson University in Towson, Md.

Bell is eligible to play for Team Jamaica because her dad, Mark Bell, was born in Jamaica.

“I am so excited to play with Team Jamaica and represent my father’s home country,” Bell said. “I am extremely grateful for the opportunity to compete at the international level. I am excited to be able to play lacrosse again. The team is a great group of women who have welcomed me with open arms. We are eager to get out on the field for Jamaica’s first time playing at the World Lacrosse Championship.”

A record 30 nations are scheduled to participate in the World Lacrosse (formerly Federation of International Lacrosse) Women’s World Championship. USA Lacrosse will be the host organization for the event, which is being held in the United States for just the third time ever. The event was previously held in Swarthmore, Pa. (1986) and Annapolis, Md. (2005).

The 30-team field will be the largest-ever for a senior-level Women’s World Championship conducted by World Lacrosse. Competing in its first ever World Championship, Team Jamaica is slotted 27th in the seeding.

Pools of teams are scheduled to play each other between June 29 and July to determine seeds for the knockout rounds. The knockout stages culminate with the final on Saturday, July 9.

The World Championship begins with an opening ceremony on Wednesday, June 29, and officially kicks off with the first game of the tournament – Canada vs. United States.

Jamaica is in Pool C and will compete against Germany, Latvia, Uganda, and Wales during pool play. Bell and Team Jamaica officially begin action in the World Championship on Friday, July 1 against Team Wales.

Bell was part of a Navy defense that held opponents to two or fewer goals in 47 (of 80) quarters, including holding opponents scoreless for 10 quarters, while holding 10 opponents, including seven Patriot League foes, to single digit goals scored. She served as one of Navy’s top one-on-one defenders, while being named Patriot League Defender of the Week twice during the year (Feb. 14, April 4). Bell notched caused turnovers in 17 of Navy’s 20 games with multiple CTs in six games, including five consecutive Patriot League games to end the regular season. She picked up ground balls in 15 of 20 games with multiple GB in eight games.

Lacrosse in Jamaica: Lacrosse is currently played in 15 high schools in Jamaica and is growing, with the JLA overseeing the sport’s growth and development in the country. The men’s national team made its World Championship debut in 2018, and the women’s team secured its spot in this year’s World Championship by placing third at the Pan-American Lacrosse Association (PALA) qualifier. The Jamaica Olympic Association formally recognized lacrosse in December 2021. 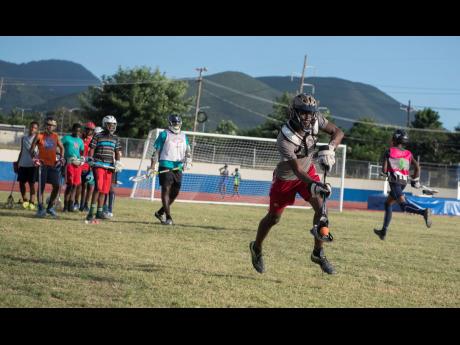