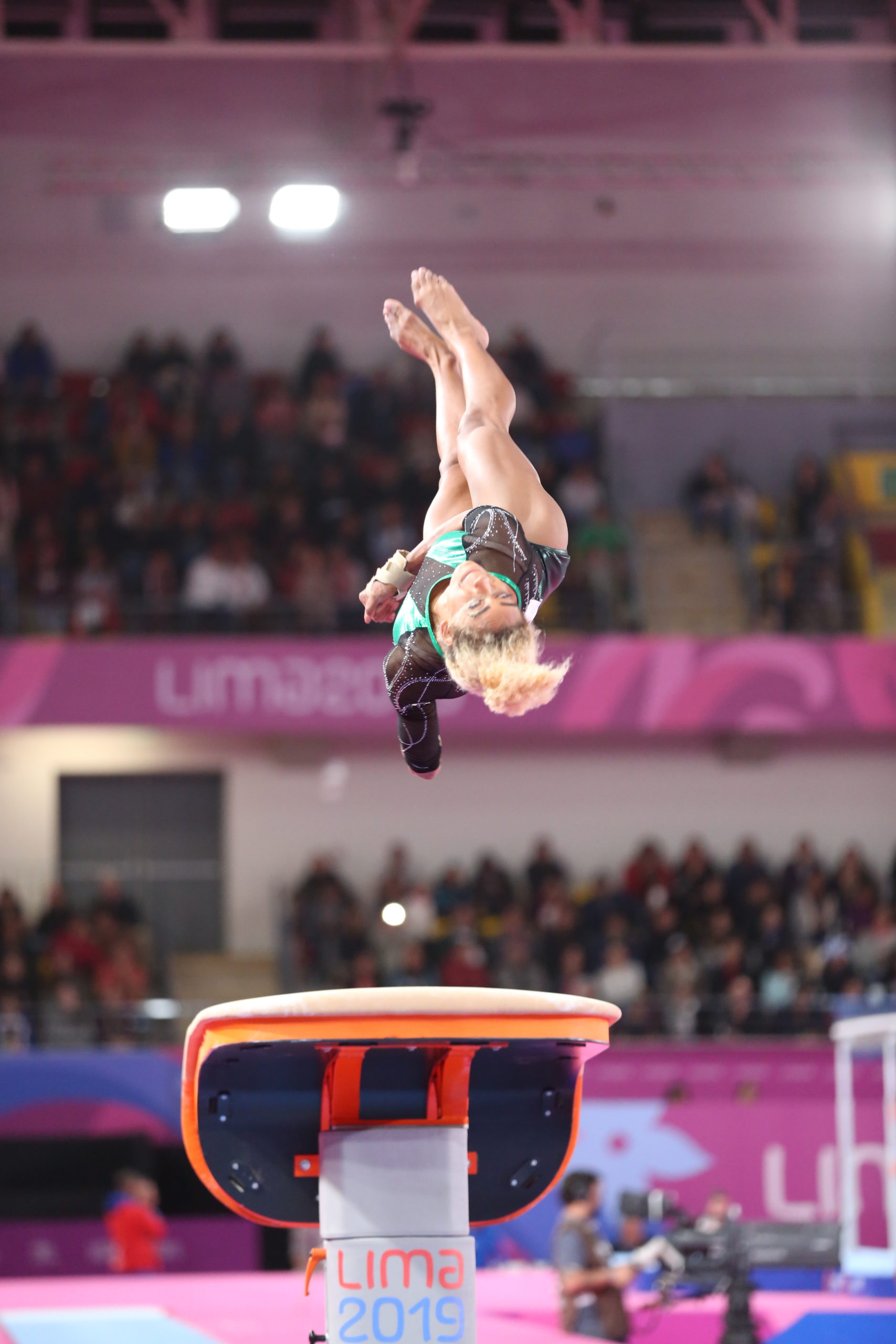 Francis’ accomplishment came at the World Gymnastics Championships in Germany on Friday, where she competed alongside teammates Toni-Ann Williams and Kiara Richmon.

The British-born Francis posted an all-around score of 50.982 to finish on a list of 20 individuals who secured qualification to the 2020 Games in Tokyo.

Williams, who was the first Jamaican gymnast to compete in the Olympics as of 2016, performed creditably to score 47.798, while Richmon scored 44.632. However, it was not enough to make the final cut.

Francis, 25, who was a reserve athlete for Great Britain’s team at the 2012 Summer Olympics, beamed with excitement and pride having once again etched her name in the history books.

“I am so extremely happy that I will be representing Jamaica at the Tokyo 2020 Olympic Games. It has been a dream of mine to compete at the Olympics since I started gymnastics when I was five years old, so to now have that dream come true 20 years later is just amazing,” Francis told the Jamaica Observer from the team’s base in Germany on Saturday.

“I have been waiting and preparing for years for the opportunity to compete at the Olympic Games, so it is overwhelming to know that after all that blood, sweat, and tears, I will be flying the Jamaican flag on the Olympic stage next year in Tokyo — and I can’t wait to make everyone in Jamaica proud,” she added.

The qualification came on the heels of Francis’ stellar display at the 18th Pan American Games in July, where she became the first Jamaican gymnast to compete in a final at the multi-sport event. She placed seventh in both the all-around and beam finals.

“The Pan Am Games was a huge confidence-booster for me. doing my routines successfully there on an international stage, just a couple of months before the World Championships, helped me to come into this championships knowing my potential and believing I can achieve my goals. So I was very motivated, knowing that an Olympic spot was up for grabs,” Francis noted.

However, while celebrating her success, Francis expressed some disappointment that her teammates were not able to join her in qualifying on this occasion.

Still, she hopes the male team of Reiss Beckford, Michael Reid and Caleb Faulkner will have better fortunes in their attempt at qualification today.

“It’s a shame we aren’t in a position to qualify a team yet. we all stepped up our games and we are all still very supportive of each other, as we know that if one person is able to represent Jamaica at the Olympics, this is a step in the right direction for the sport in our country,” Francis offered.

She continued: “However, we are still hopeful that we will have more than one gymnast representing Jamaica in Tokyo as the boys still have their competition to go, with two of them aiming to qualify at this championships, and then we will have another opportunity next year to potentially qualify another spot.

“So it is very exciting times for us — and to be growing both on the male and female side is great. So, hopefully, we will motivate young boys and girls in Jamaica and pave the way for future talent.”

“The team did a splendid job. I am super proud of them, especially Danusia Francis, who was very composed and impressive on all apparatus. Toni-Ann was quite impressive and has shown great determination to come back to competition, seven months after nursing a major Achilles tendon injury.

“Kiara is our baby and this experience will serve her well going forward, as she is one of the front-runners to take over when the others retire,” said Grant-Brown, who has high expectations for the males.