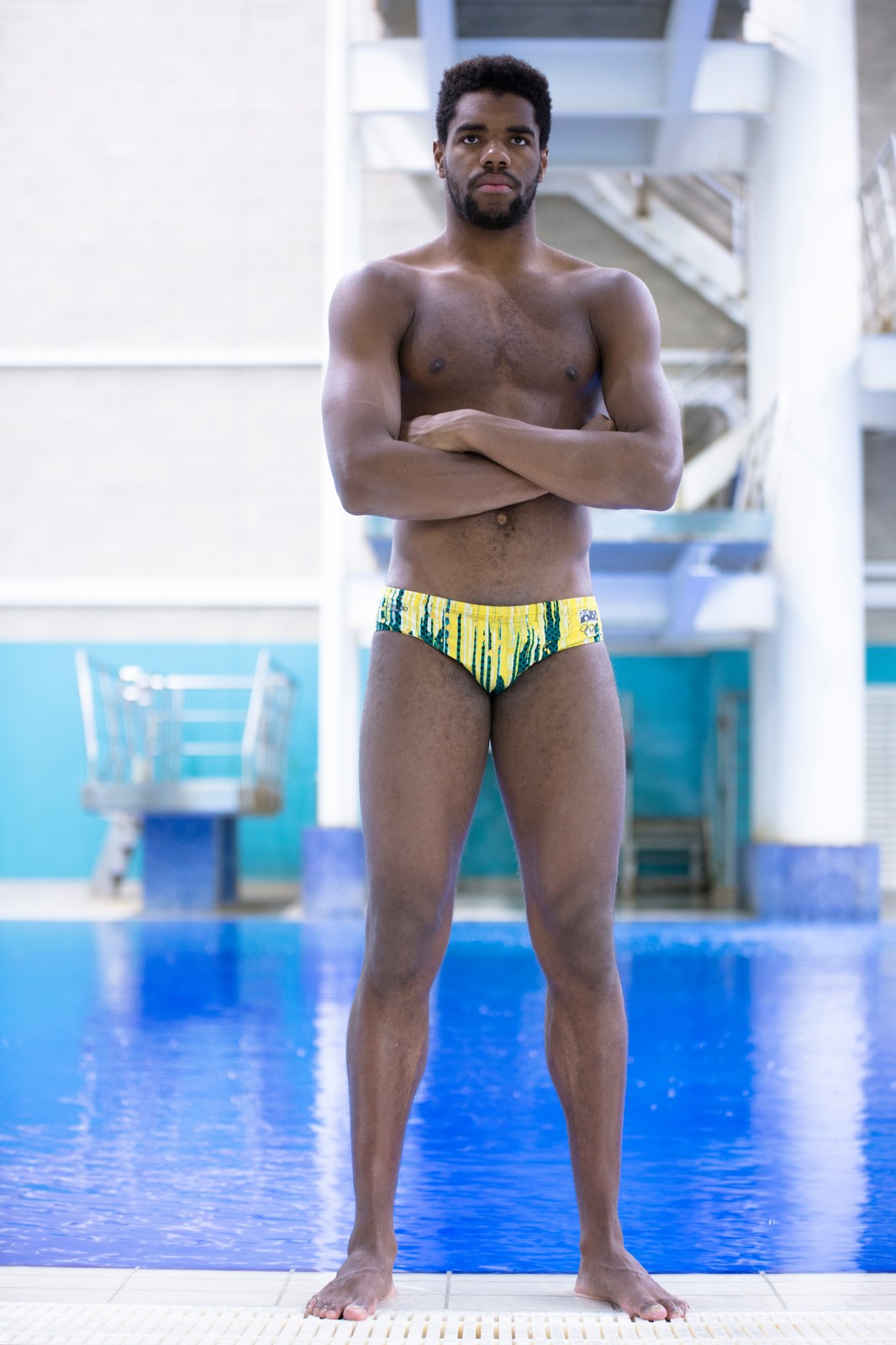 As Yona Knight-Wisdom prepares for a crucial 2020 season, headlined by making this year’s Olympic Games, the 24-year-old believes that recent success has validated his decision to represent Jamaica in the sport.

The Pan American Games silver medallist spent three days in the island last week attending the RJRGLEANER National Sportsman and Sportswoman of the Year Awards, but also managed to have two open training sessions on Thursday and Friday at the National Aquatic Centre in Kingston.

In front of engaging, prospective divers including members of the Immaculate High School and the Kaizen Swim Club, the British-born Knight showcased his various selection of dives as he continues to work towards the Tokyo Games this July.

According to Knight-Wisdom, he may have left the sport entirely had he not decided switch allegiances and described his decision to represent Jamaica in 2012 as an “obvious” choice.

“I don’t think I would be still diving now if I was still representing Great Britain because It’s so difficult to compete with them because they got so many divers,” Knight-Wisdom told The Gleaner. “My coach suggested that I represented the country of my parents’ birth. It was either Jamaica or Barbados and Jamaica was the obvious choice for me and I haven’t looked back since.”

Since then, he made his Olympic dream come true four years ago in Rio and had a landmark 2019, becoming the first Jamaican athlete to win a medal for diving in a major games, winning silver at the 1m springboard at last year’s Pan American Games in Peru. He has described his journey for the past eight years donning the Jamaican colours as metamorphic

“It’s changed my life, It’s allowed me to experience things that I never would have experienced in Britain. However, with what I have achieved shows the ability that I always had and shows that my coaches were right to suggest that [I switch],” he said.

What has been remarkable to him was the appreciation and recognition that has been shown to him by members of the local sporting community, with his 2019 season being celebrated with him being named Best Male Diver at the awards as well as his place among the finalists for the National Sportsman of the Year award, which was won by world champion long jumper Tajay Gayle.

“I’m a little bit surprised with the amount of interest that I got but it’s been so much positivity, so many good reactions, so much good feedback,” Knight-Wisdom said.