HomeBasketballJaBA president hopes for a restart of the game locally

JaBA president hopes for a restart of the game locally 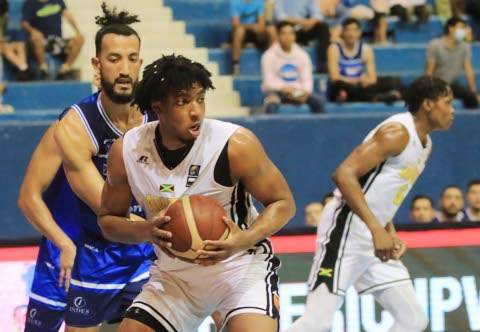 Basketball, which has been classified as a ‘high-risk sport’ along with football and netball, is hoping for a restart after the game came to a grinding halt more than a year ago out of concerns for the novel coronavirus pandemic.

Paulton Gordon, president of the Jamaica Basketball Association (JaBA), says the “entire ecosystem of basketball has been impacted” with approximately 15,000 people who play the sport here from the grass roots to the elite level and those who administrate the game and officiate have also taken a big hit.

Gordon, who was a guest on a recent virtual meeting of the Kiwanis Club of Eastern St Andrew, said while they cannot afford a “bubble system”, they had ideas of how to safely restart the game here, if given a chance by the Government, and he called on track and field officials to assist other sports in restarting given the success of track and field so far.

“There is no doubt that the entire ecosystem of basketball has been impacted since March last year; we were in the middle of our National Basketball League (NBL) and had to curtail in mid-March and for over year there has been no basketball being played at any level,” Gordon lamented.

“We estimate that we have approximately 15,000 persons who play basketball from the grass roots to the elite level and the impact has to be measured in both tangible and intangible ways,” he told the meeting. “There are a number of persons who are employed to basketball in a contractual way, our referees, a lot of the coaches who coach at the club and school levels; if there is no basketball they are not compensated and we estimate that fallout to be around 40-50 coaches.”

Noted sports medicine doctor and dean – Faculty of Sports Medicine at The University of the West Indies-Mona, Dr Akshai Mansingh, who was also part of the meeting and who had worked with Cricket West Indies in setting up biosecure bubbles for the team on a tour to England and also for international games in the region, said for high-risk sports, the only safe alternative was for the so-called bubble concept.

Gordon said that was not an option for his cash-strapped organisation, however. “There is no way we can afford that kind of thing in Jamaica for basketball; there is not enough revenue from basketball to have a bubble system hence the issues of trying to roll out local basketball as a high-risk sport.”

With a number of international events planned for the coming months, Gordon said they were eager to get the ball rolling again. “We have some things coming up – the Under-15 Caribbean skills challenge which we are preparing for and we are hoping to get approval for, and the boys’ Under-17 team plays in Nicaragua in July and we are hoping to have training for that and we are in dialogue with the various ministries involved.”

One of their biggest fallouts, he lamented, was the fact that scholarship opportunities for young players had also dried up. “One of the concerns we have and which I think most people share is the fallout from the lack of opportunities from a scholastic stand point. We estimate that between 40-50 youngsters would have gotten basketball scholarships to both local and overseas institutions and this would be the second cycle that they were not able to access those opportunities and we are very concerned about that. We will have to find a way to showcase these youngsters.”

Gordon said their usual showcase opportunities, the Star Search camps in the summer where the scouts from the US travel to get a first-hand view as well as the high school leagues have been impacted and the sooner they can restart, the better.

He reached out to track and field organisers for assistance. “We also want to have shared ideas in terms of protocols and I know track and field is at the forefront of that, but we want to ensure that the other organisations would benefit from understanding the protocols in real time in action during an event we would want that to be shared among the other organisations.”

The JaBA president said they hoped to restart with a 3 on 3 version of the game. “And the protocols speak to what we would do in terms of ensuring that we rotate teams in and out in secured venues and we have detailed that to the ministries. I think the Ministry of Sports understand what we want to do and is in full agreement so we are keeping our fingers crossed.”