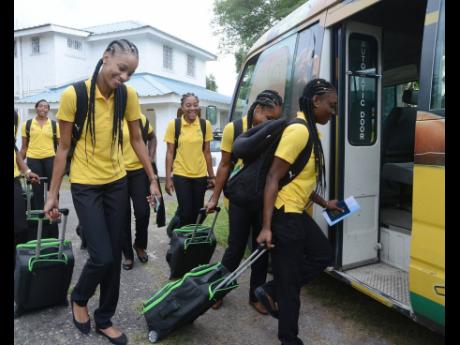 The Jamaica Olympic Association (JOA) has provided Netball Jamaica (NJ) with a new bus for the transportation of its teams.

Two of NJ’s Toyota Coaster buses, which were donated by sponsors, were said to be stripped of their decals before being stolen in the early hours of Sunday morning from Netball House, the national teams’ base in St Andrew.

JOA second vice-president Robert Scott said he was disheartened over the incident while speaking during a virtual meeting of the Rotary Club of Downtown Kingston yesterday.

“From our sponsorship from Toyota, we have a bus, and our sponsors and our CEO (Chief Executive Officer) Ryan Foster was not hesitant to make it available for the transportation of these athletes, so we have stepped up there,” Scott said.

“We immediately responded when we heard because it is regrettable, and it also speaks to us as a nation that if we can be robbing and killing people in churches, then it says a lot about us.”

Scott said that the JOA stands ready to assist other sporting bodies that may be in the same situation.

Netball Jamaica president Tricia Robinson is grateful for the assistance from the JOA.

“We are appreciative of their assistance, but they weren’t the only ones that have said that because Stewart’s Automotive is also assisting us,” she said.

“It will help to ease some of the constraints on us in terms of travelling, but we want back our buses.

“This bus that they (JOA) gave us will be used to pick up and drop off the players to and from training, but there is nothing like your own, so we want back our buses.”

One of the stolen buses was donated to NJ by the Jamaica Public Service and the other was donated by FLOW, and both were comprehensively insured.