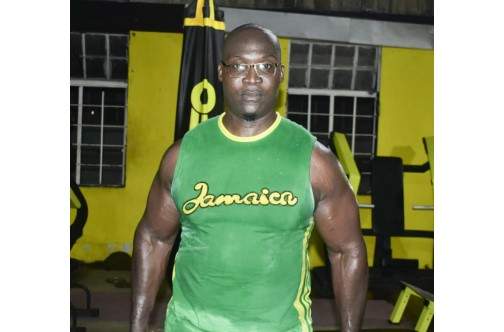 THE National Powerlifting Association of Jamaica (NPAJ) is the newest sporting body formed in Jamaica and President Michael Blair hopes it will bridge the gap which exists between elite and non-elite sports locally.

The NPAJ, which was incorporated in December 2020, gained membership to the International Powerlifting Federation in February 2021 and already has 71 members locally.

President Blair, who is best known for his expertise in football where he formed the Jamaica football database website Premidictor, also served as administrator at Harbour View FC, Constant Spring FC, Jamaica Football Federation and the Kingston and St Andrew Football Association (KSAFA).

“For years, Jamaica has been well represented in the mainstream sports and have performed creditably on the world stage. However, athletes who have not made the grade on those platforms are soon forgotten,” Blair pointed out.

“We believe that providing a platform in a sport such as powerlifting will be a win-win for many athletes and other enthusiasts whose training would have already partially prepared them to enter the sport and perform well,” he added.

Powerlifting is an individual sport for both males and females in which the goal is to lift the highest amount of weight possible in the squat, bench press, and deadlift in a specific weight and age category.

• Squat: the hip crease must drop below the plane of the knee and there needs to be a constant forward motion of the barbell (no dipping or bouncing).

• Bench: the barbell must pause on the chest until it’s motionless, and the lifter must keep certain points of contact on the bench and floor including the head, buttocks, and feet.

• Deadlift: the barbell must not rest on the thigh during the lift, and the hips, knees, and shoulders need to be ‘erect’ in the lock-out position. Even if you lift the weight from start to finish, if you don’t follow the technical standards then you won’t be granted a successful lift.

Athletes have three attempts to reach their maximum capacity. The heaviest squat, bench press, and deadlift that are successfully lifted are added up to give athletes a “powerlifting total”. This total is what’s used to rank athletes amongst each other.

Blair, who is also a board member of the Jamaica Hockey Federation, Jamaica Paralympic Association and Mona High School, said he has written to the Ministry of Sports and is awaiting its blessings.

“Sport is a universal magnet that brings people of all walks of life and all geographical locations together. There is ‘power’ in sports.

“It is our fundamental belief that everyone should have the opportunity to play and enjoy sport. The health and psychological benefits are well known,” he added.

He continued: “It is the intention of NPAJ to afford the youth across Jamaica an opportunity to be a part of something great, with the potential to gain both local and international experience through the various networks and affiliations.”

Come November the NPAJ will be hosting its first local competition to select a Jamaican team to the regional tournament in Panama in 2022 and the Cayman Island in 2023.

“Our tag line is ‘One Team, One Dream, One Goal’ and we plan to host a regional tournament by 2026,” Blair ended.