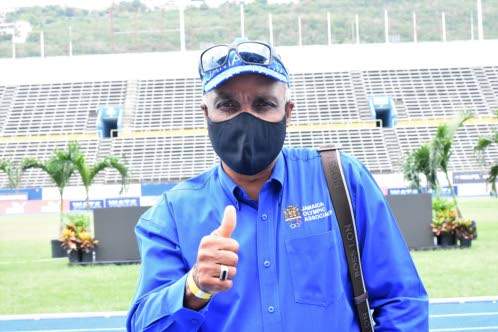 The first Junior Panamerican Games will take place in Cali, Colombia, between November 25 and December 5 and preparations are in the final stages for what many predict will be a spectacular multi-sport event.

Jamaica Olympic Association (JOA) President Christopher Samuda is a member of a high-level delegation led by Panam Sports President Neven Ilic that is in Cali holding meetings with members of the local organising committee which will provide a status brief to the Panam Sports officials.

The delegation also includes Ivar Sisniega, Panam sports secretary general, and Sara Rosario, chair of the Coordination Commission of which Samuda is a member.

The officials are also conducting site visits to venues and reviewing protocol and logistics arrangements for the multi-sport event in Cali, which has attracted numerous athletes in several sports and is engaging a growing number of media interests.

President Ilic said that Cali “is the perfect place to host these Games. With the joy and warmth of the people and their experience in hosting sporting events, we are confident that Cali will have a successful Junior Pan American Games.”

Encouraged by the uptake of regional sport national committees and local sport federations, Samuda remarked: “The response has exceeded expectations. These games will definitely set the stage and provide a clear blueprint for its successors. Panam Sports is demonstrating its commitment to the now and next generation of athletes of the Americas and Caribbean by giving them — tomorrow’s leaders — an inspiring stage on which to excel.”

Being held under the motto “Ready to Give #AllForYou”, interest in the games is already heightened and will witness over 3,800 athletes from 41 nations competing across 315 events in 39 sports.

“The region has immeasurable talent and Panam Sports is providing opportunities, through this event, to challenge particularly young athletes to be the best versions of themselves in and out of competition. The camaraderie and fellowship that they will share for those 11 days will deepen their appreciation of the mutuality of sport, and these games will practically afford agents and capitalists a close grandstand view of talents for future endorsements and sponsorship,” stated Samuda.

Already several Tokyo 2020 Olympic medallists have confirmed their participation, as well as Under-23 world champions in various disciplines. The Games will be broadcast live and direct on the Panam Sports Channel beginning with the opening ceremony on November 25 and concluding with the closing ceremony on December 5