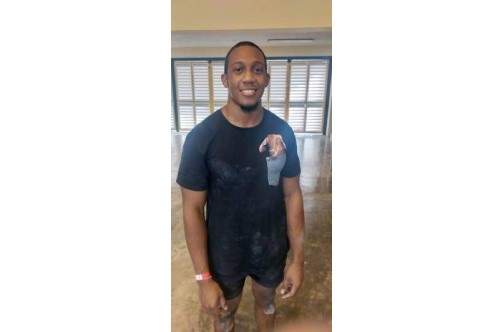 The National Powerlifting Association of Jamaica (NPAJ) held its first annual general membership meeting on January 9, 2022 with emphasis placed on continuity and the importance of team work.

During the virtual meeting, President Michael Blair, while noting that a similar powerlifting organisation was formed in Jamaica decades ago, urged members to work hand in hand to build a strong association that will continue to thrive beyond his tenure.

He told members that proper development of the NPAJ will safeguard its longevity. As for the development so far, the president beamed that the NPAJ was one of fastest-growing sport associations in Jamaica as well within the International Powerlifting Federation (IPF) in 2021.

On the back of that, he said they are in continued talks with the world governing body to explore ways to showcase Jamaica’s athletes and increase their exposure to international competition.

The NPAJ, in its drive for continued growth, has opted to expand in an exciting fashion. The sporting body is in the process of strengthening its international ties. After celebrating its first anniversary on December 19, 2021, the NPAJ is looking to continue in 2022 on a high.

The association will look to do so by welcoming overseas chapters into the fold. The local powerlifting overseers will be adding two chapters, with one in the United Kingdom, and the other in the United States. They will be dubbed the West-Midland UK chapter, and the USA Texas chapters. Both will be under the stewardship of liaison officers David Gray and Tabitha Anderson, respectively.

Both chapters are the mark of increased input from partners who have played a vital role in the propulsion and ascension of the NPAJ. The chapters will serve as international hubs for garnering support, and for recruiting athletes to represent Jamaica in powerlifting.

On the topic of funding, the president said focus is being given to innovating ways to generate revenue, including raffles and other fund-raisers.

The association head then pivoted towards an emphasis on strength in numbers. He said the entity’s ability to replicate great achievements will rest on committee delegation which can reduce backlog and burnout. Blair called for greater accountability and increased communication within some for committees.

As for matters being monitored going forward, the NPAJ still awaits acceptance into the fold of the Sport Development Foundation, as well as the Jamaica Olympic Association.

A number of memoranda of understanding are to be signed as the association continues to spread its wings across the island and beyond. Among them is a partnership between the NPAJ and another international powerlifting association, which is set to have members visit in March.

Ahead of that signing, the second round of internal coaching seminars were set to take place in January, and another workshop with the Jamaica Anti-Doping Commission this month.

Other matters on the association’s agenda are plans to have athletes travel to the US Virgin Islands to prepare for the North American Powerlifting championship in Panama in August.

Blair spoke briefly on that matter before reminding stakeholders of the affiliated member and athlete fees. He, however, followed by announcing that mandatory 2022 fees were being waived. Nonetheless, he said, all were free to contribute.

To close the meeting, the association acknowledged standout stakeholders for the year 2021. Leading with athletes of the year Sami DePass and Scott Jennings copped the top accolades for women and men, respectively.

Dr Ramon Hunter, head of the medical committee, was named lead chair for the year. Meanwhile, the President’s Award, given to the individual with the greatest contribution to the association’s growth for the year, went to Jeremy Owen, who is head of competitions.