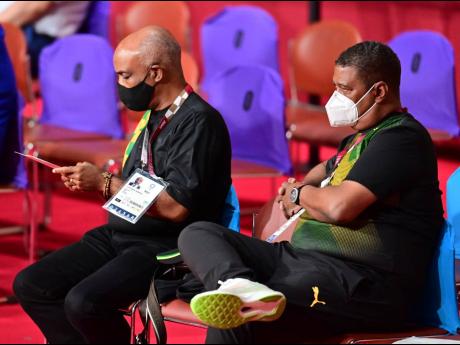 PRESIDENT of the Jamaica Olympic Association (JOA), Christopher Samuda, says the organisation will continue its push to support smaller sporting bodies, with the view of further increasing Jamaica’s participation at the 2024 Olympic Games in Paris.

Jamaica was represented in six disciplines at the Tokyo 2020 Games, with athletes featuring in athletics, swimming, diving, gymnastics, boxing and judo, the most by the country at any Olympic Games.

Samuda, who is in Tokyo for the Games, says his administration’s focus is on providing the necessary support to member associations to assist in their efforts to achieve qualification to the Olympics and broaden the country’s involvement at the Games.

“The number of disciplines that we have is demonstrative of the success of our approach,” said Samuda, who added that the JOA’s intervention is not limited to financial assistance, but also includes help with technical improvements and other areas.

“We have concentrated on the smaller sports to ensure that they are competitive and we will continue to do so. We have done so by not only looking at the funding and ensuring that the pathway to the Olympic Games is absolutely clear and not at risk in terms of finance, but have also indicated to them that we are going to be building their technical capacity, and we have been importing the requisite expertise to help our smaller association in terms of coaching and administration,” added Samuda.

The JOA boss further stated that local sporting organisations have been encouraged to increase their talent pool through the staging of a draft at least every two years.

At the beginning of his tenure as JOA president, Samuda had outlined plans to qualify 10 disciplines to the Tokyo 2020 Games. He pointed to effects of the coronavirus pandemic and a number of misfortunes as the reason for the shortfall.

“Six disciplines, this is more than any other Olympic Games for Jamaica, so that in itself is historic. We would have received 10 qualifications had it not been for the pandemic. Karate was on stream, skateboarding was on stream and certainly rugby was on stream, but the ladies had a mishap,” said Samuda.

“So we would have achieved the 10 in 20. What we are going for in Paris, of course, is no less than 10. We have three years to ensure that this is achieved and we will be going very aggressively towards that target,” he shared.

Samuda said that the JOA will be naming its management team for the 2024 Games in short order.

“We will already be putting our management team in place and this will be announced very shortly because we believe that the delivery of Games is a business and therefore you have to have your management in place in order to treat with the various challenges that will come with an international Games and, of course, the representation of a team.