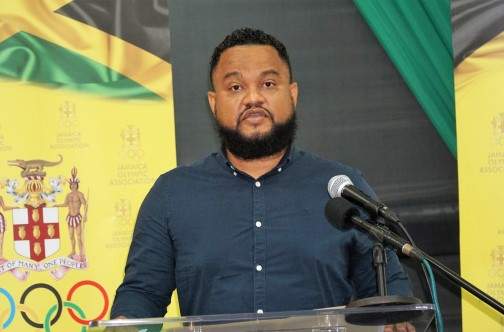 KINGSTON, Jamaica— As a mark of its celebration of International Olympic Day and women in sport, the Jamaica Olympic Association (JOA) today launched its Sport Heroine Medal of Excellence Award.

According to the JOA, its sport heroine award, a first-time honour, will be awarded on a female who is admired for her courage, tenacity, passion and outstanding achievement in the advancement of sport and sport people within the community in which she operates.

Ryan Foster, the JOA’s Secretary General/CEO, underlined the value of women in sport.

“The JOA is pleased to announce the launch of the JOA Sport Heroine Award. The award signifies the importance that the JOA places on the contribution that our heroines have made in the rich history of sport in Jamaica,” he said.

“We place great emphasis on women in sport and this was envisaged with the formation of our Women in Sport Commission in 2018, chaired by our very own Honorary Treasurer, Nichole Case.”

President of the JOA, Christopher Samuda, added: “Our Heroine is a change agent, one who has made significant contributions to raising the quality of education and training in sports and a champion for the cause of women and girls in sport.

“This award is in line with our vision that sport is greater than attending any one event, but it is a way of life that transcends generations and it is social and economic changer.”

All prospective candidates will undergo a selection process, which is guided by the following characteristics – courage, determination, passion, selflessness, integrity, honesty, humanity and change-maker.

Also, the association said, the JOA Sport Heroine will be selected based on the extent to which she fulfils the following criteria:

A change agent in the transformation of sport management — leadership, organisation and execution;

Contribution to raising the quality of education and training of sports people (ie, coaches, administrators, athletes);

Role model in advancing gender equality and participation in all aspects of sport administration, management and performance; and

Championing causes and concerns of women and girls in sport and helping to provide viable and sustainable solutions.

Nominations can be made by individuals from any the eligible organisations by submitting a completed nomination form to JOA Sport Heroine Medal of Excellence Committee. The JOA will issue a call for nominations via its online platforms with the required timelines for close of nominations. Additionally, nomination forms must be duly completed and signed by the relevant parties as indicated on the form.

Selection will be done by a JOA named panel and panel members are not allowed to submit nominations.

The selection panel, through the use of a scorecard, will rate each nominee using the established criteria. The candidate with the highest rating will be selected as the Awardee.

Communication will be sent to the top three nominees advising of such. They will be invited to attend an award ceremony where the announcement of the winning nominee will be made.

The announcement will be accompanied by news features in mainstream and social media.

As part of its programme for sustainability, the top three nominees will undertake the execution of a designated project of the JOA that exudes the positive values of the Olympic Movement promoted annually on Olympic Day – excellence, friendship and respect, the Association said