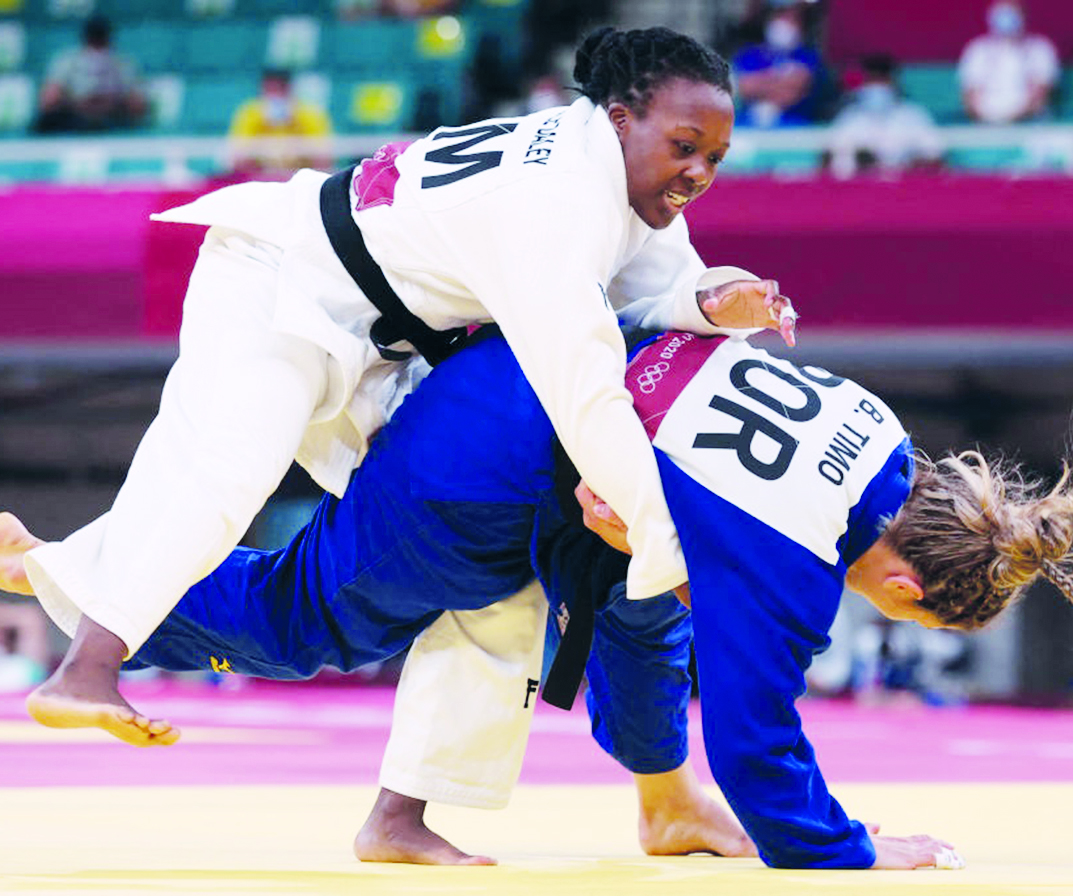 EBONY DRYSDALE-DALEY is a Jamaican judoka who competes in the -70kg class. Based in Birmingham, with dual British and Jamaican heritage, she has been competing for the Caribbean isle since 2019. Her brother Nicholi has also competed in judo for Jamaica.

Ebony made history as the first Jamaican athlete to compete in judo at the 2020 Tokyo Olympic Games.

Here she talks to The Voice about her Commonwealth Games ambitions…

TV: You made history as the first Jamaican athlete to compete in judo at the 2020 Tokyo Olympic Games — how did that experience feel?

EDD: I felt hugely proud. When I was younger, my brother and I used to joke about representing Jamaica at the Games, as we grew up being very close to our Jamaican heritage and grand-parents, so it was a fantastic feeling to get to the Olympics for Jamaica and make my family proud as well.

Initially, when I made the transition from competing for Great Britain to Jamaica, I did feel a little sad knowing I would never compete at European Championships and other similar Games, but I love my British identity, nonetheless.

How did you get started in judo? Where does her love of the sport stem from?

I started when I was five years-old. My father also trained in judo, but he started it as an adult.

My brother also competes and he is hoping to qualify for this year’s Commonwealth Games. We both live in Birmingham, so it would be a huge achievement for us to be at the Games together this year.

So, this year, the Commonwealth Games must be extra special for you given that it is being held in your home town?

It definitely is extra special for me. And I really want my family to come. My aunties, my uncles have never seen me compete and even my mum has never had the chance to see me compete in such a large-scale com- petition. It would be very emotional for me to know they are in the crown supporting me.

What are your ambitions for the Commonwealth Games?

Ultimately, I want to win. I believe anyone that competes wants to win and wants to get the gold medal, but really my energy now is just very positive and it is a such a blessing that I have this opportunity to compete.

For me, there are layers of pride — it is all about making my family proud and then making Birmingham proud as a local girl. And then, of course, I am representing Jamaica, so this is a first for the national team to be featured in judo.

I had to let go of some of the woes from the Olympics and just focus on my performance in Birmingham.

What has the sport given you in terms of personal development/experience?

Resilience has been key and how to talk to people in different situations.

Also how to communicate effectively and be respectful of all individuals regardless of their background. In my younger years, it really equipped me to be able to handle conversations and stand my ground, know my worth. In that sense, it has really helped me navigate through life in a good way.

What would it mean to medal at the Games?

It would be a great achievement and give me a career high. Honestly, the pinnacle would be for me to win and then use my platform to help to secure funding to develop the sport even further.