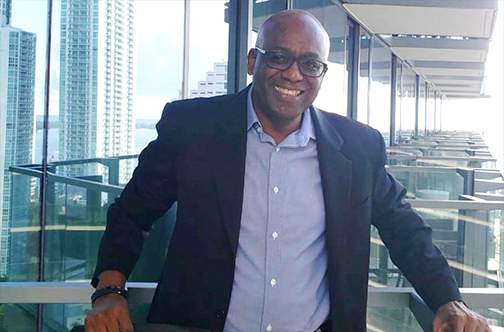 The Jamaica Olympic Association (JOA) and Jamaica Paralympic Association (JPA) continue to operationalise the protocol of co-operation executed with the United States Sports Academy (USSA) with the appointment of well-known sports educator and community development director at the University of Technology, Jamaica (UTech) Paulton Gordon.

Gordon, who has an executive master’s in managing sports organisations, will coordinate the programme, which is specifically designed to provide a suite of opportunities in education for members of the JOA and JPA, as well as those in the sporting fraternity.

“My role is to coordinate the relationship between parties to the protocol of co-operation, while facilitating also the synergies with local universities,” said Gordon.

“Dialogue and activations with the local universities that have sports education components are essential components of the process, as the JOA and JPA pursue the goal of improving the human resource capacity in sports federations,” he added.

The tripartite partnership offers USSA courses at bachelor’s, master’s and PhD levels, and this is a critical element of the policy of the JOA and JPA to emphasise the importance of education in building a bank of functional skill sets in sport.

Gordon, who is also president of the Jamaica Amateur Basketball Association (JABA), said this is an “important initiative” undertaken by the country’s apex bodies for multiple sports, the JOA and JPA.

“It’s an important initiative as persons will have opportunities to upskill themselves dependent on need and motivation,” said Gordon.

“[There are] opportunities to engage in short courses, BSc [bachelor of science] level, MSc [master of science], and PhD [doctor of philosophy] level. Based on the MOU [memorandum of understanding], persons from member federations will also have internship opportunities, which will serve to enrich the experience while broadening the scope,” he further explained.

The academy has delivered, physically, post-secondary, sport education programmes in some 67 countries over nearly half a century, but due to COVID-19, classes are now being conducted online. However, when cases decline to a safe level, the institution plans to teach its programmes face to face in Jamaica.

Gordon lauded the JOA and the JPA for their educational agenda, noting that it continues to have several advantages for the sporting landscape, which is continuously evolving.

“The dynamic environment in which we operate requires sports administrators to be constantly learning and adapting,” he said.

“Emphasis on education by the JOA will ensure that persons are consistently exposed to cutting- edge information, which is important for the continued growth and development of the sporting ecosystem,” Gordon highlighted.