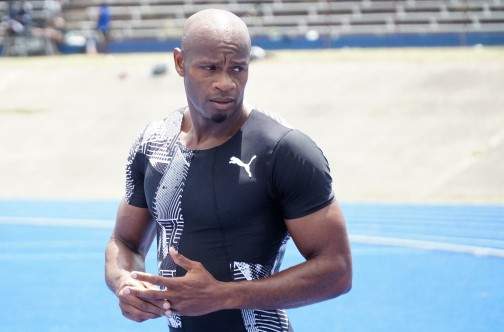 Asafa Powell is pumped by the idea that he will once again be donning the national colours to represent Jamaica at a major global track and field event.

He was last week named to the 39-member squad selected by the Jamaica Athletics Administrative Association (JAAA) to take part in the fifth staging of the World Athletics Relays to be held in Chorzow, Poland, on May 1 and 2.

“I am on the list for the team and I couldn’t be more happy with that. To be on another national team to be out there in the national gear, I really take pride in that,” Powell said.

While not examining fully the team list released by the JAAA, he insists that the governing body should send the best athletes available to represent the country in order to prove to the world that Jamaica remains a force in track and field.

“I don’t really know the team as yet, but I think, based on how everything is going, we should always send out the strongest team, send out all the best athletes out there, just to prove to the world that we are still here,” he continued.

Apart from the World Athletics Relays, the other major global event on the track and field calendar this year is the Olympic Games, and the veteran sprinter is desperate for one last go around.

“Definitely, I am thinking about it, I want to go, I want to go to the Olympics for sure. But it takes time, and you have to qualify, and it’s not easy out there,” the highly touted sub-10 king insisted.

Asafa Powell has competed at four-consecutive Olympic Games for Jamaica since 2004 and was a part of the gold medal-winning 4x100m relay team at the Rio Games in 2016.

On Saturday, Powell was able to continue his preparation in the lead-up to the relay event when he participated at the Velocity Fest 9 held at the National Stadium in Kingston, Jamaica.

After several delays due to four false starts on a hot and windy morning, Powell won section four of the men’s 100m in a pedestrian 10.48 seconds, while running into a headwind of -2.5m/s. He finished third overall. as Nigel Ellis, who won section five, registered the fastest time of 10.39 seconds.

Powell admitted that the excessive number of false starts had forced him to be cautious in his eventual approach to the race which took a toll on his performance.

“A lot of false starts and it got a bit windy; I’m tired, but it happens sometimes. The blocks are very sensitive, but it was alright.

“With all the false starts, I made sure to stay in the blocks and come out last, just to make sure I didn’t false start. So, it was a good race, and if the first few [attempts] had gone [ahead] it would have been a lot better. But, like I said, it happens.”

The former 100m men’s world record holder was delighted to be back on track competing again after the stop-start situation that has plagued track and field on the island.

“It’s good, it’s very comfortable, a very comfortable environment, as well and I think everyone is working off protocols, making sure that they are safe, so I really like it.

“We have been having good results so far, with no harm, so definitely we can get back on track.”

Powell says that he will continue to chase more sub-10 races.

“I will just continue competing until I get to that sub-10.”

He also insisted that he will be the one to determine when it is time to call it quits on his career.

“I am the one who decides all of that, nobody can decide for me, so whenever I feel to stop, I will stop,” Powell charged.