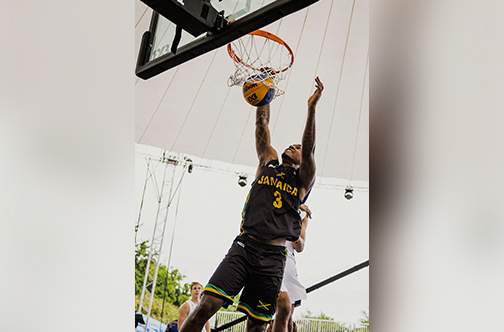 Paulton Gordon, president of the Jamaica Basketball Association (JaBA), said they were happy with the men’s team that made it to the quarter-finals of the FIBA 3×3 AmeriCup tournament in Miami, Florida, where they lost 22-17 to the top-ranked United States on yesterday’s third and final day of the tournament.

The Jamaican men’s team, which was ranked 14th coming into the tournament, had advanced from the qualifying round with wins on Friday over Caribbean neighbours Aruba and Haiti and then upset the higher ranked Chile in the first game of the pool play and despite losing to Brazil, qualified for the quarter-finals.

“It was a very good run by the male team, we topped the group in the pre-qualifiers and we knocked out the number six seed Chile,” Gordon told the Jamaica Observer from Florida yesterday.

Gordon explained that Friday’s hectic schedule caught up with the team. “The guys were exhausted on Friday after playing four matches. Our loss to Brazil was unfortunate as it saw us being drawn against the US in the quarters and we knew it would have been a tough game but the guys equipped themselves very well.”

The JaBA boss said the game against the US team was “a very tough match, we took the lead 15-14 with a few minutes to go and then the USA came back; we are very proud of the guys and it augurs well for the future as it relates to 3×3 basketball.”

The team, he said, left its mark on those who showed up to watch the basketball that was played outdoors. “The buzz around the male team is real, a lot of persons at the park were quite excited and were backing the team to do well and so we were pleased.”

The women’s team won one of their two games in the qualifying and failed to advance. “The ladies had a little glitch, we faltered against Guatemala, we were in control of the game after beating Guyana, but it’s part of the learning curve, part of the learning experience and we expect them to get better and this was our first international 3×3 competition and they have whetted their feet and we are looking forward to more in the future.”

On Friday’s opening day the Jamaican men beat 15th ranked Aruba 22-11 and then got by 13th ranked Haiti 21-11 to book their passage to the pool play.

St Lucia were the only other qualifier from the Caribbean group that made it to the pool play where the number 12 ranked team beat seventh-ranked Argentina 18-17 after losing 4-22 to Canada, the number two ranked team in the tournament.

St Lucia lost by a close margin, 19-21, to Puerto Rico in yesterday’s quarter-finals.

Meanwhile, the Jamaican women won one of the two qualifying games, beating Guyana 20-16 in their first game then losing 13-19 to Guatemala when a simple win or losing by less then three points while scoring at least 18 would have seen them through to the main draw. 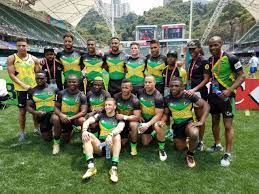