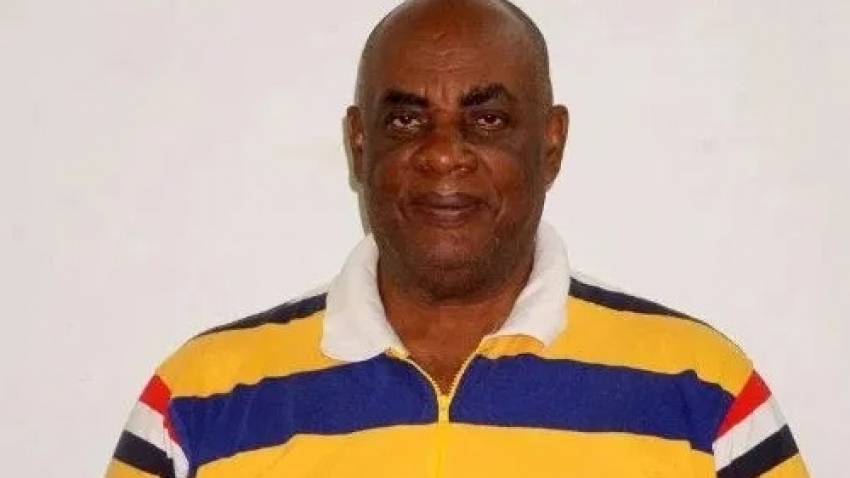 Condolence messages continue to pour in locally and from across the region in reaction to the sudden passing of the immediate past president of the Jamaica Table Tennis Association (JTTA) Godfrey Lothian on Tuesday.

The 65-year-old sports administrator reportedly suffered from a heart attack at his home Tuesday morning and was declared dead at the hospital sending the table tennis, cricket and football fraternities into shock. Lothian served three terms as JTTA President from 2013 to 2019. He was also a member of the board of the Jamaica Cricket Association (JCA).

He also served the sport of football for decades.

As such, the Kingston and St. Andrew Football Association (KSAFA) said it extended its deepest condolences to the President of Greenwich Town FC and the family of Godfrey Lothian.

“For over 30 years he had a passion for youth and grassroots programmes within the Greenwich Town Football community.

President of KSAFA Wayne Shaw highlighted that “Lothian was a community man who wanted to see the best for the youth. His contribution to football will be remembered”.

Minister of Gender, Culture, Entertainment and Sports Olivia Grange also expressed her surprise at the sudden passing of the respected administrator.

“I am deeply shocked to learn that Mr Godfrey Lothian died unexpectedly at his home. Mr Lothian was a devoted servant of the sport of table tennis in Jamaica and his contribution will not be forgotten. My heartfelt sympathy to his family, JTTA and the table tennis fraternity,” the minister said.

The Jamaica Cricket Association also reacted to the news.

“Director Lothian served as the president of the Kingston and St Andrew Cricket Association. He also served as a director on the JCA’s board. On behalf of the JCA and the wider cricket, we once again extend condolences and offer continuous prayer,” the JCA said in a statement.

However, the local and regional table tennis was the hardest hit fraternity.

Closer home,  Lothian helped bring the sport back from obscurity by focusing on youth development and engaged scores of children and their parents.

Andrew Lue, the current JTTA president said he was both shocked and saddened by the news of Lothian’s death. “I learnt a lot from him,” Lue said. “This is shocking. We had our differences but I would not wish this on anyone.”

Natalie Johnson a former manager of the Juniors National team, under Lothian’s presidency, said she was in disbelief.

“His passing is a real shock and my heart goes out to his family,” she said.

“I got involved with the table-tennis community because of my son Azizi. I can categorically say that under Mr Lothian leadership the juniors excelled to the level where they competed internationally. He ensured that the juniors were exposed every chance he got. May his soul rest in peace.”

National player Kane Watson said Lothian had a strong following and people who didn’t see things his way but he was committed to the cause and worked hard. “He wanted better for table tennis,” Watson said.

Klan Bell-Lewis, the mother of Gianna and Tsenaye Lewis, who represent Jamaica at the junior level, said Lothian made significant contributions to the sport.

“As a parent of girls, I am appreciative of Mr Lothian and his administration for creating a space where girls were welcomed and encouraged within the sport. His contribution to youth development through table tennis is significant,” she said.

Lewis’s daughter, Tsenaye, a member of the national squad from 2016-2019, described the late president as a man of vision.

“Rest in peace, Mr Lothian. He was a visionary organizer and he had a lot of hopes for the junior players. May his legacy live on.”