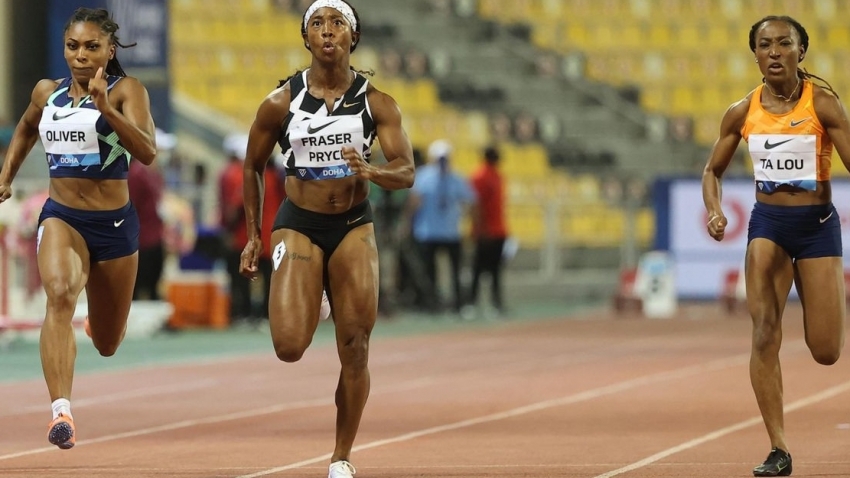 The very successful staging of the inaugural Jamaica Olympic Association (JOA)/Jamaica Athletics Administrative Association (JAAA) ‘Olympic Destiny’ track and field series has arrested the attention of the global sporting fraternity in a manner that has left experts shouting “bravo”.

In a publication, World Athletics stated that the series is “aptly named JOA/JAAA ‘Olympic Destiny’. The Washington Post newspaper in the United States also had the event on its radar with a report on the explosive world-leading 10.63 performance of sprint queen Shelly-Ann Fraser-Pryce in the 100 metres.

Performances during the series were also captured in traditional and new media entities worldwide.

Although only in its first year, ‘Olympic Destiny’ has already earned a reputation locally and internationally as a standard-bearer in track and field, which the JOA and its member association, the JAAA, intend to guard jealously.

Contemplating current health challenges and risks and looking to the future, President of the JOA, Christopher Samuda, in a post-event interview, stated that, “Olympic Destiny gave athletes a new and inspired lease on life amidst the ravages of the COVID-19 pandemic and the national senior trials will be the ‘Olympic Verdict’ as athletes vie for coveted places at the pinnacle multi-sport the Olympic Games”.

The description, ‘Olympic Verdict’, of the national senior trials, is on point as several events, including the 100m, 200m, 110m hurdles and the triple jump for both men and women, as well as the discus for men, are expected to be competitive and showstoppers.

Secretary-General and CEO of the JOA, Ryan Foster, in anticipating keen contests, remarked that “on D-day at the national senior trials, diplomacy will somewhat give way to assertive rivalry for at the end of it all there will be one verdict, which performances will deliver.”

This year’s national senior trials between June 24 and 27 at the National Stadium is indeed the ‘Olympic Verdict’ as “emerging generations will meet experienced campaigners in a decider that will be healthy for the sport, thrilling for the fans and ensure succession,” Foster said.

The jury will certainly not be out where the staging of future Destiny series is concerned as the JOA intends to roll out ‘Olympic Destiny’ in 2022 and beyond in athletics and other sports.

If the significant turnout of athletes and the notable performances are anything to go by, the ‘Olympic Destiny’ Series will become not only a local product of Olympism but an international asset.