HomeChessJOA making moves for chess at next CAC Games 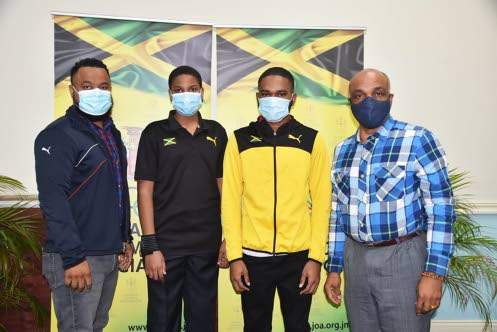 The Jamaica Olympic Association (JOA) is making every effort to have chess included among the list of sports contested at the Central American and Caribbean (CAC) Games.

Christopher Samuda, president, JOA, advised of the move as part of the association’s broader plan to improve player opportunity in the sport.

“We are hoping that in the next Central American and Caribbean Games chess will take its rightful place on the sporting agenda, and Mr Foster and I are campaigning for that,” said Samuda, while referencing JOA Secretary General/CEO Ryan Foster.

“We not only campaign on the basis that there is talent that resides in Jamaica, but also in the Caribbean, and we must give opportunities particularly to our young people and our talent in the Caribbean to excel to,” Samuda continued.

“So we’re hoping in the next edition of the Central America and Caribbean Games that will be next year, that our achievers and our masters will also take their rightful place in that competition and not only mine gold, but set an example at the inaugural edition of the Games for chess.”

The next staging of the CAC Games was slated for Panama City, but last year the Panamanian Government announced it would be giving up that privilege owing to the novel coronavirus pandemic. Centro Caribe Sports, the Games’ regional governing body, will name a replacement host.

The virus has had a critical impact on sport since early 2020, forcing the local sports’ governing body, the Jamaica Chess Federation, to host events virtually.

His victory adds to the successes of a number of Jamaica’s juniors in not only local chess tournaments, but also regional championships, since the advent of COVID-19. Shaw himself won a FIDE tournament that included 550 players from across the region; female Reanna Brown has been dominant regionally; and three of Jamaica’s under-14 players took the top three spots in the Caribbean Under-20 championships.

“The Jamaica Olympic Association seizes any opportunity to ensure that our young people get an opportunity to achieve, whether it is a non-Olympic sport, whether it is an Olympic sport, that has been our modus operandi. And anywhere we can see we can assist from a human resource point of view or from a financial point of view we will do so, and therefore we have encompassed in our family sport that are not only Olympic, but also non-Olympic,” noted Samuda.

Foster said there are many benefits to be derived from playing the game of chess and explained that the JOA would be looking to exploit its capacity to enhance understanding the sport in a wider framework.

“We want to look, in the very near future, how we can fuse the benefits of this sport in our other sporting disciplines,” Foster reasoned. “I know the former president, Ian Wilkinson, indicated that he had used some aspects of chess in terms of football.

“I think there are distinct benefits as well, because we had recent discussions, even with surfing, and that aspect of it is not just the mental capacity that chess brings out in the individual, but also the focus, the ability to reason, the ability to articulate and express itself within the respective discipline that you may have. And that’s one of the things we want to do in the near future, which is to fuse the strength, not just the athletic ability of our athletes, but the mental capacity,” he underscored.

“A lot has been said about mental health and the issues of mental health that our athletes are suffering now, as a result of the coronavirus. It’s not just the economic aspect, but it’s the future; how do they plan for the future? How do they deal with another pandemic, if it was to come?” said Foster.