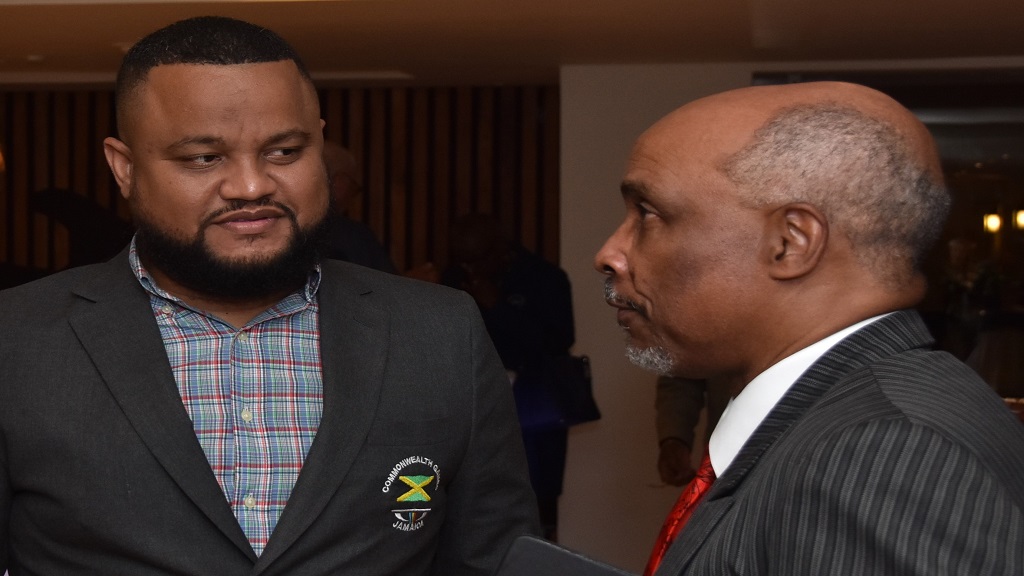 The Jamaica Olympic Association (JOA) continues to manifest the importance of a corporate governance structure in sport, with smooth transition to its programmes.

Most recently, the apex body for sport in the country unfurled the JOA Internship, JOA Scholarship, and Advanced Sports Management programmes, to widen the educational and business-related scope of, by and large, its total membership, which extends to national sporting bodies and the members at their core, athletes.

“Any successful sport organisation must have as its foundation a good corporate governance framework because that dictates all operational functions of that association. And that is where we began when my administration took over,” said JOA president Christopher Samuda.

“We were able to change the corporate structure of the Jamaica Olympic Association not only to reflect what is current in our sport organisations regionally and internationally but also to customise it to ensure that it fulfils our objectives and goals that we have established as a corporate body.”

Continuing, Samuda explained: “So we brought in a chief executive officer and constitutionally merged it with the secretary-general function, which of course is a growing aspect of sport organisations.

“The JOA launched this programme in the summer primarily to expand our services to our members and to ensure that we leverage our current skill sets and competences with the new corporate structure,” said  JOA secretary-general and CEO, Ryan Foster.

He added: “The Internship programme allows us to get more personal in how we assist our member associations as the interns go deep into the needs of the associations and how we play our role in helping them achieve their strategic objectives. Both the internship and scholarship programmes have been a success with our members and we have received positive feedback from all on these legacy projects.”

Finance is a key element of success and more money was earned to facilitate more growth in sport through the implementation of new things – many of which had never been done before – to create new lines of funding.

“The key to maximising the commercial benefits of sport resides in building partnerships between specific sports and companies with a long term commitment so that the power of branding between the sport and the company is synergised,” said Orane.

“An interesting example of monetising sports activities is the work of the Jamaica Olympic Association in building partnerships, which act as conduits for the exchange of coaches and athletes between countries for mutual benefit,” Orane added. “The JOA has also been implementing systems to ensure more effective governance in its member organisations.”

Global sport gear manufacturers, Puma, had been leading the JOA sponsors’ charge for years and the inclusion of others with multi-year, multi-million deals such as Cartan, Mayberry Investments, Starlight Productions, and Toyota Jamaica, swelled the coffers to present greater opportunity for athletes trotting the globe for elite training and competition geared towards Olympic qualification.

“There is no greater reward than participating in projects such as those run by the JOA, projects that provide tremendous exposure of Jamaica to the world, facilitate development of our citizens and truly represent us as a nation and our spirit,” observed Arjune  Bewley, owner and Principal Director, Starlight Productions.

Commenting on Mayberry Investment’s contribution, Gary Peart, CEO, said: “Over the years, our corporate social responsibility initiatives have focused on community building and we will continue to do so through our work with the JOA.”

Recently, the JOA collaborated with one of its partners, the Jamaica Bodybuilding and Fitness Association (JABBFA) for its online ‘We Train’ workout sessions during the COVID-19 Pandemic. The sessions, tailored for athletes at all levels and sporting disciplines, was facilitated by 20 personal trainers provided by the JABBFA, physiotherapists, dietitians, doctors, and other health personnel and was live-streamed on the JOA’s website, Instagram and Youtube.

The Jamaica Rugby Union (JRU) has benefitted through JOA funding with both men’s and women’s national teams reaping unprecedented successes on the world stage. Its Chairman, Jerry Benzwick, endorsed the JOA’s corporate governance that proved instrumental.

“I think the President has a clear vision. He has translated this to his team and all the member associations and we’ve accepted it,” observed Benzwick.

“They have taken a business approach to the running of the JOA. We’ve seen the results of what has happened. Hopefully, we’ll all continue to benefit and benefit in a big way,” said Benzwick.