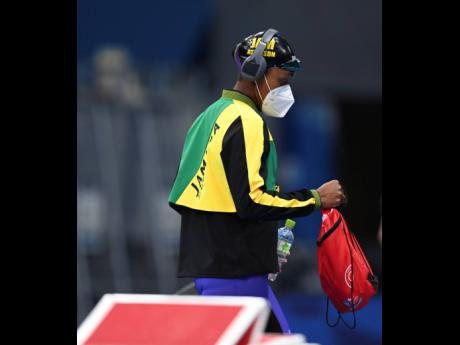 ALIA ATKINSON is entered for the last swim meet of her career, the World Short Course Championships in Abu Dhabi, which begins today and runs through to December 21. Atkinson, a four-time winner in this championship, is scheduled to compete in the 50- and 100-metre breaststroke.

Her performances in the recently concluded International Swimming League (ISL) make her a medal contender in both events.

Now 33, the five-time Olympian has touched her times down to 29.15 seconds for the 50 metres and one minute, 03.53 seconds for the 100-metre breaststroke during the 2021 ISL season. Those times place her in the top five for both disciplines this year.

American Lilly King, the 2016 Olympic champion in the longer event, is number one on both qualifying lists but is not entered.

That 28.80 was done by Atkinson in the 2020 ISL season and with her times trending downward in 2021, national coach Gillian Millwood foresees another really fast effort from the great Jamaican before she steps out of the pool forever.

After the four-time world champion clocked 29.17 seconds during the ISL play-offs, Millwood said her fast starts in the longer race bode well for a sub-29 second swim.

“You crank up that turbine and you just let it go. That is Alia. So this 29.1 is well in line with that. I want to be hopeful and say 28-low to cap off this career,” Millwood predicted.

Atkinson’s next move was to shave her season’s best to 29.15 seconds at the ISL final in Eindhoven, Holland, last weekend, December 3 and 4. There she jetted away from King, 29.44, Italy’s Benedetta Pilato, 29.56, and Briton Imogen Clark, 29.59. Clark defeated the Jamaican earlier in the ISL play-offs with a British record 29.32 seconds.

Adept on the turns, Atkinson has been a star in short course swimming with four gold, four silver and two bronze medals in the past. The 2012 and 2016 Olympic finalists set world records of 28.64 and 28.56 seconds at the 2016 and 2018 World Cup events, respectively.

Fellow Jamaican Zaneta Alvaranga will also be in action in Abu Dhabi. The youngster goes in the 50-metre freestyle and the 50-metre butterfly.