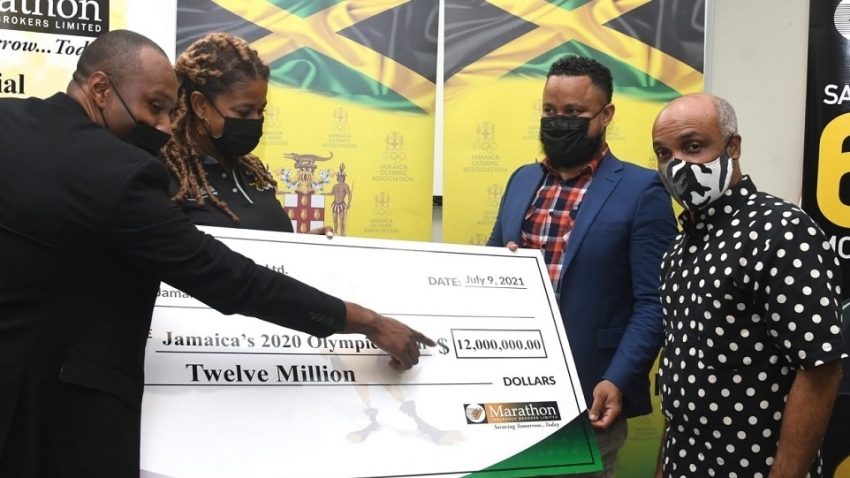 For athletes heading to Tokyo for the Olympic Games, winning medals would rank high on their list of priorities. For every Jamaican athlete who medals at the Tokyo Games, there is now an even greater incentive as anyone who wins a medal will get a bonus of free insurance for one year.

This latest incentive is one of the benefits from a recent partnership inked between the Jamaica Olympic Association (JOA) and Marathon Insurance Brokers Limited. The partnership is valued at J$12 million and will run for the three-year period leading up to the 2024 Olympic Games.

In reference to the benefits, Ryan Foster, Secretary General/CEO, JOA, gave a broader perspective of the deal that was announced nearly one week ago.

“The JOA/Marathon partnership was centred around expanding our member services to our associations. For far too long we have looked at sport as just attending Games, but have not done enough to tap into the sport as an avenue for social change,” he said.

“One of the benefits of this partnership is for the direct benefit of our athletes for which all medalists at the Olympic Games will receive free insurance for one year. This is in addition to the comprehensive coverage that Marathon will be providing for all members attending the Olympic Games.”

Marathon Insurance has had a long partnership with the JOA, dating back to the London 2012 and Rio 2016 Games. This time they will be diving further into the deal with the JOA to deliver projects that involve the Athlete’s Commission and female empowerment through the Women’s Commission.

“The partnership has gone even further as Marathon will be partnering with the JOA and the Women’s Commission and Athlete Commission on various social projects geared towards, including, at-risk girls in sport and the expansion of Olympism values in schools,” Foster shared.

“All of these initiatives will be funded under this partnership and will involve the JOA engaging in providing not just mentoring and educational activities, but will involve nutritional support, school fees and school materials for the selected young athletes.”

No need to panic!