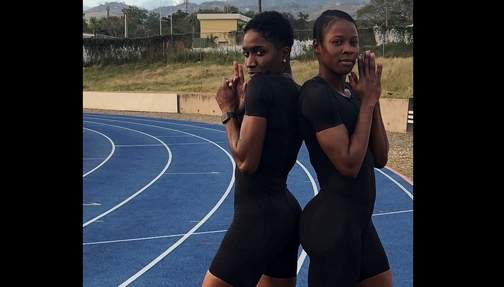 Jamaica’s athletes were pivotal in the design of the gear that 13 sponsored Puma countries will wear during the staging of the Tokyo Olympic Games.

The athletes were consulted in February 2019 during the development stages of the design when executives from Puma visited and travelled the breadth of the island to the various track and field clubs and camps.

According to Puma’s Senior Designer Select Collaboration Apparel, Michelle Riley, with Jamaican athletes being key partners in their global brand, the company wanted to ensure that they feel and look their best to get maximum performance in competition.

“We spoke to everybody. We spoke to the throwers, the sprinters. We spent an entire week driving across the country, visiting different training camps, different groups, to make sure that we capture the feedback of all the different athletes that could be in the Olympics wearing our stuff,” Riley said.

Puma’s Global Head of Product Line Management, Track and Field José van der Veen says the entity wanted to take the decisions out of the board room, to those who were most important in the end product.

“The athletes are the ones that need to wear this product in the end. So it’s not us just sitting in an office deciding what we want.

“We wanted to make sure that we listened to the athletes, we listened to their feedback, we understand what is needed so we could make the product for this Olympic to actually be even better than the previous collections,” van der Veen said.

Both Riley and van der Veen are former athletes and said they are aware of the importance of competitors feeling comfortable in their gear.

“One of our mottos is, ‘if you look good, you feel good, you do good’ and we wanted to make sure that we got feedback from the athletes in person, so they can feel really good in the product when they are competing at the highest stage in the world and also in their most important day in their career. That they feel comfortable and also they look good.

“So we travelled to Jamaica in February 2019 to do a development trip to test the first product types, with all of our Puma key athletes, they live in Jamaica and we got valuable feedback and we make sure that we incorporated all types of new technologies in this year’s Olympic collection. So they don’t only look their best, but they can also perform at their best,” van der Veen said.

She said the designs were completed from the summer of 2019 in anticipation of the Olympic Games, which was first scheduled to take place in 2020 but had to be postponed because of the coronavirus pandemic.

According to van der Veen, the Jamaicans are a key component of Puma’s marketing strategy and the reason for the necessity to consult and hear their views on the development of products.

“When we start to sign the federations we always start with Jamaica. This is historically our key federation. We get so excited about working for the Jamaican team. It’s so inspirational to work on a new collection for Jamaican athletes. So we always use Jamaica as our key federation, also with the design and development process,” she said.

Meanwhile, according to van der Veen, although being disappointed that spectators will not be allowed in the stadium to watch the Olympic Games and see the designs, she believes there is a positive aspect.

“We are so excited that this product can finally be put on the athletes and they can go shine at the Olympics in these new designs. So we are very excited that even though we had to wait a year, our products are at least going to be shown to the world on television.

“What we are also saying is that it’s very sad that there are no spectators allowed, but on the other hand, I think one positive of that is that maybe and hopefully the television will really pay attention to the products the athletes are wearing. Maybe they can zoom in on the quality of the kits and the performance stories of the kits, also the spikes of course,” van der Veen said.