HomeDivingJOA plans to give life to water sports 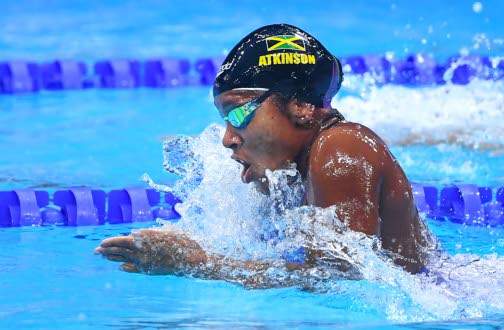 TOKYO, Japan — As Jamaica prepares to bid farewell to Alia Atkinson, its most successful swimmer at the international stage, the Jamaica Olympic Association (JOA) is planning to concentrate on water sports in the next quadrennial, but not to the exclusion of other sporting disciplines.

That’s the promise of JOA president Christopher Samuda ahead of the launch of the “Sport for All, All for Sport for Paris” campaign.

“Alia continues to inspire us and to strengthen our resolve to discover champions in water sports. So for the next quadrennial, leading to the Paris 2024 Olympic Games, the JOA will be in the pool, on the waves and in the sea building our water sports. The search will deepen and broaden the pool of talent in rowing, surfing, swimming, water polo, diving, sailing, canoeing and kayaking,” he told the Jamaica Observer.

He added: “We will be launching our campaign for France this year and the theme will be ‘Sport for All, All for Sport for Paris’, which underscores the mandate we have given ourselves to deep dive for treasured talent in all sports, to master talent in emerging sports and to make and ride waves in sport development. We are organising talent into Olympic squads with rules of engagement and, with our members and the experts, building technical capacity while creating a culture of merit by the sweat of one’s brow.”

The 32-year-old Atkinson finished third in her heat of the 100m breaststroke on Sunday which was good enough for 24th place only, and early elimination from her fifth Olympic Games. She had twice been a finalist, finishing fourth in 2012 at the London Games, and eighth last time in Rio.

But there was just one other athlete qualifying for the Olympics, Kaenan Dols, the 22-year-old who was eliminated after finishing third in his heat of the men’s 200m butterfly on Monday. He was slated to contest the 200m individual medley on Wednesday night here (Wednesday morning Jamaica time).

And from the aquatics, diver Yona Knight-Wisdom was the only other competitor ahead of competing in his second-consecutive Olympic Games.

So the JOA is mindful of the need to transition other athletes to replace those who have given of their best at representing Jamaica over the years.

“The JOA is committed to giving our youth in water sports real opportunities for self-growth and national representation and will continue to work with our member associations in realising this goal and designing a successful Olympic future for the sports. Jamaica has the talent and as custodians of the Olympic dream, the JOA is prepared to be not only caretakers but enablers of that dream come true,” the JOA boss ended.