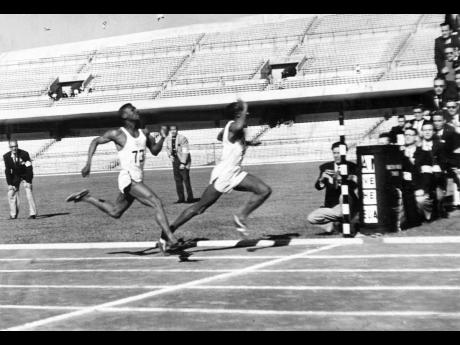 Laing, who hailed from Linstead, St Catherine, is most notable for being a member of Jamaica’s gold medal winning 4x400m relay team at the Olympic Games in Helsinki, Finland, in 1952.

Arthur Wint, Herb McKenley, and George Rhoden completed the team which went on to set a then world record of 3:03.90 minutes.

Samuda described Laing as a gentleman for his exploits at the Olympics and the legacy he left on Jamaican athletics.

“Leslie Alphonso Laing’s feats as an Olympian are well documented and we salute him with grateful hands,” Samuda said in a JOA press release. “But more importantly, it was the spirit of the gentlemen which inspirited and continues to inspirit generations of athletes and has earned the abiding respect of a nation.

“In a world where recorded statistics of sporting achievements are understandably cited in praise of men, the JOA reflects deeply and respectfully on Laing’s self-sacrificial service to his country and the sole of his groundbreaking feet.

“An elder has transitioned from the Olympic village and now sleeps restfully in the sanctuary after a faithful mortal run. May generations continue to reverence his legacy.”

Laing was inducted into the Central American and Caribbean Confederation Hall of Fame in 2005.

All hands on deck for table tennis, urges President Lue