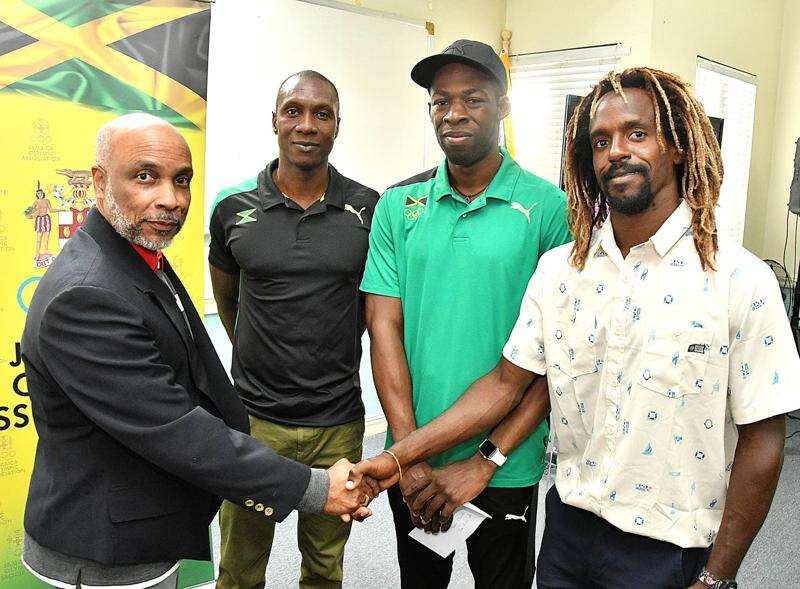 THE Jamaica Olympic Association (JOA) has granted scholarships to three national coaches as they seek overseas training for personal development.

“We are empowering coaches. This scholarship is an outroot of the vision of the JOA and we will continue to empower our coaches. We will have another edition of the scholarships which we’ll announce later in the year,” said JOA boss Christopher Samuda, speaking at the presenation function at the JOA’s offices on Monday .

Wilmot says he was initially shocked to learn he had received the scholarship.

“Now, I’m able to use this scholarship to focus on better equipping myself for that role of a coach and preparing the athletes,” Wilmot told the Jamaica Observer. “I’m really looking forward to getting myself prepared and qualified in more areas of sports management, sports theory, and sports psychology — and getting myself more valuable in the charge of getting surfing, and Jamaican sports as a whole, unto that Olympic scale.”

Clarke says he has accepted his scholarship with sincere appreciation.

Clarke, who recently became a master instructor in taekwondo, says with this scholarship he is now considering courses in South Korea.

“That is the birthplace of taekwando so I look forward to going there and honing my skills with the Koreans.”

Hopefully from this, maybe up to the next Olympics, our sports will get a better platform and people will be more open to our developing sports,” he said. “This is our major goal — to have our sports among traditional sports.”

Samuda says other scholarships will be pursued for coaches under a partnership with the United States Sports Academy, the University of Birmingham, and The University of The West Indies.

“Executive management courses will be delivered, not only for coaches but also administrators, and those who excel will have the privilege of going overseas and seeing how things operate from a so-called First World country. This is fertilising the knowledge and experience that we want to give our coaches so that they not only learn by experience, but also learn the science of the sport. We’ll be able to impart it in such a way that our athletes will benefit significantly and perform optimally.”