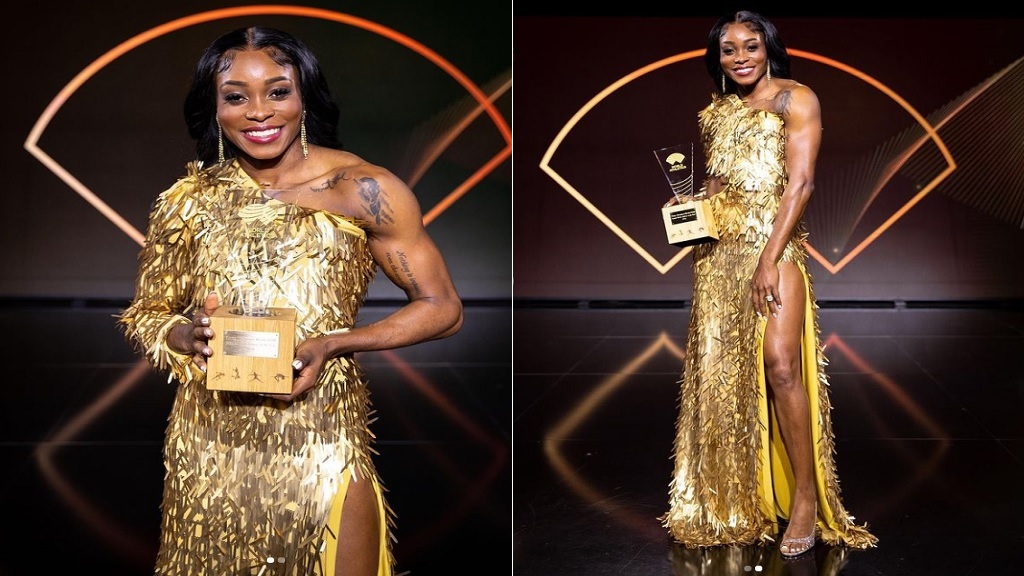 Minister of Sports, Olivia Grange, has congratulated Elaine Thompson-Herah who was named World Athletics Female Athlete of the Year on Wednesday.

Grange said, “We expected it.”

Thompson-Herah became the third Jamaican female to win the prestigious award following Merlene Ottey in 1990 and Shelly-Ann Fraser-Pryce in 2013.

In a statement following the announcement, Grange said, “this nation is so happy for Elaine and proud of her for winning the top award for women in track and field for 2021. But she put her hands up with her performances in the Olympics and World Games. She has enjoyed one of the finest sprint seasons in history, retaining her 100m and 200m titles in 10.61 seconds and 21.53 seconds in Tokyo as well as adding another gold medal to her collection in the 4x100m relay, which she and her colleagues won in a national record time of 41.02 seconds.”

Grange further added that  “Elaine did not just stop there; in her first race after the Olympics, she won the 100m in a world-leading time of 10.54 seconds which makes her second on the all-time list for the 100m and 200m.

“It is so great, Elaine now makes it a trio of Female Athletes of the Year for Jamaica; following in the footsteps of Merlene Ottey and Shelly-Ann Fraser Pryce.

“We Salute Elaine Thompson-Herah. She is just awesome!”

In a press release, the JAAA stated that “we are proud of her accomplishments which will serve to inspire our nation.”

The JOA said, “it is indeed an admirable accomplishment, the reward for exemplary performances and a testimony to her valour in transforming the challenges of a year bedeviled with the pandemic into inspiring feats. The Jamaica Olympic Association salutes her and exhorts her to continue to be driven in her athletic pilgrimage of excellence.

“I just take it year by year,” said Thompson-Herah. “I went very close to the world record so you know, anything is possible. No spikes hanging up any time soon!

“The World Championships in Oregon is most definitely my next big target,” she added. “It is close to home, I hope friends and family can come out and watch. I hope I get some crowd as well. That couldn’t happen in Tokyo but hopefully, in Eugene, I can get my friends and family to come and cheer me on.”